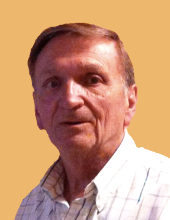 Albert J. Jette, age 79, of McHenry, passed away due to complications related to Alzheimer’s disease on August 22, 2019, at his home, surrounded by loved ones. He was born in Chicago on June 10, 1940, to Albert M. and Geraldine (Ingebritsen) Jette. Albert married his love, Susan E. Low, on July 3, 1983, in Woodstock, where they met.

Albert was a United States Air Force Veteran who served his country in the Korean War. After serving, he earned his Bachelors of Science from Northeastern Illinois University. Albert was employed as a manager in engineering support for International Harvester for 20 years and then worked for Outboard Marine for 10 years.

A 40-year resident of McHenry, Albert was a long-time member of the Ringwood United Methodist Church. In his leisure time, he enjoyed fishing, swimming, and long walks at the McHenry Dam. He was a true family man and treasured moments spent with his grandchildren and great-grandchildren.

In addition to his parents, Albert was preceded in death by his sister, Mary Wanhala.

For those wishing to send an expression of condolence, donations can be made directly to Albert’s family for them to distribute to one of his favorite charities.

For more information, please call the funeral home at 815-385-2400, or visit www.justenfh.com, where friends may leave an online condolence message for his family.

To leave a condolence, you can first sign into Facebook or fill out the below form with your name and email. [fbl_login_button redirect="https://justenfh.com/obituary/albert-j-jette/?modal=light-candle" hide_if_logged="" size="medium" type="login_with" show_face="true"]
×