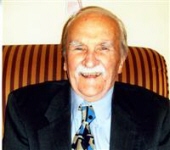 Raised in Chicago, he graduated from Foreman High School. He joined the U. S. Marine Corps in 1942, and served until 1946 as a Corporal in the South Pacific during World War II in the battles of Tarawa, Saipan, and Okinawa. He was wounded on June 18, 1944 while delivering a message warning of an enemy counterattack and received the Purple Heart and Bronze Star.
He and his wife had lived in Des Plaines, Barrington and Richland Center WI, before moving to Crystal Lake in 1985.

Throughout his career as a Machinist, he worked for Allied Products-Pheoll Mfg., retiring after 37 years, and subsequently worked for Baker Perkins Printing Presses, Rockwell Corp. and WebPro.

He was outstanding in designing and repairing mechanical devices and could fix anything. He loved polka music and fishing, especially ice fishing. He had a unique personality and keen sense of humor. He was a devoted and proud grandfather. He was a meticulous caregiver for his wife in her later years.
He was the beloved husband of the love of his life and wife of 62 years, Barbara, who preceded him in death; the loving father of two sons, Joseph J. Sr. (Edie) Misurelli of Woodstock and Jeffrey A. Misurelli of Woodstock; and the treasured “Poppa” and “Curley” of four grandchildren, Alex, Joseph Jr., Dana and Jason Misurelli. He is also survived by sisters Alma Nordby (the late Ted) Stanek, and Violet (the late Bill) Bartlett, and many cherished nieces; Gail, MaryBeth, Patty, Lisa, Michele, Christi, and nephews Bill, Jim, and Steve.

He was preceded in death by his parents; a son, Thomas Misurelli in infancy; brothers Frank, Daniel, and Alfred, and a sister in law, June Misurelli, and a nephew Dan.

For those wishing to send an expression of condolence, the family suggests memorials of Masses or to the Alzheimer’s Association.

For information, call the funeral home at 815-385-2400. Friends may send online condolences to the family at www.justenfh.com. 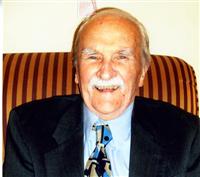 To leave a condolence, you can first sign into Facebook or fill out the below form with your name and email. [fbl_login_button redirect="https://justenfh.com/obituary/alexander-c-misurelli/?modal=light-candle" hide_if_logged="" size="medium" type="login_with" show_face="true"]
×