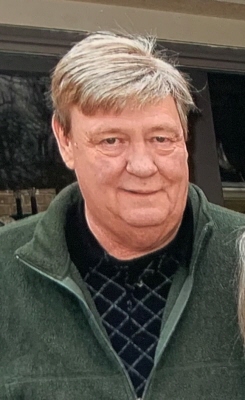 Alfred Richard Lindner, 73, of Cary, IL, passed away on November 19, 2020, at home. He was born on October 23, 1947, to Alfred and Irene (Flynn) Lindner. He was a Vietnam Vet. He married Susan Sundquist at 24 in June, they had two children, Louise Lindner-Hertel and Richard Lindner.

Alfred was a successful business owner, “Al’s Welding”. He graduated Proviso West and played baseball and football. As a teen and young adult, Al loved boating, water, and snow skiing. He enjoyed coaching and watching his son Richard play baseball. Al was proud that his son and grandson both were able to play Ball at Cooperstown Dream Park in Cooperstown, New York. He was active in both of his children’s lives and then later with his grandchildren with fishing and hunting. He was a huge Chicago Cubs fan. He was very proud of all four of his grandchildren and loved them so.

She is preceded in death by his parents, Alfred and Irene Lindner, and his sister, Jeanette Lindner.

The Memorial Services are private.

Arrangements have been entrusted to the Justen Funeral Home & Crematory in McHenry. For information, please call the funeral home at 815-385-2400 or visit www.justenfh.com, where friends and loved one’s may share memories of Alfred on his tribute wall.

To leave a condolence, you can first sign into Facebook or fill out the below form with your name and email. [fbl_login_button redirect="https://justenfh.com/obituary/alfred-r-lindner/?modal=light-candle" hide_if_logged="" size="medium" type="login_with" show_face="true"]
×