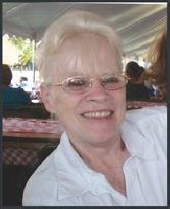 She was born December 18, 1944 in Monaca, Pennsylvania, to Thomas and Florence (Rholean-Parsons) Eichler.

A resident of the Ingleside/Fox Lake areas for the past 15 years, Arlene formerly lived in Round Lake. She was employed at Baxter in Round Lake for almost ten years. From 1988 to 1996, she was the owner of the Bee-Bop Inn in Round Lake.

Enjoyments included playing bingo with her friends at the Fox Lake Fire Station, as well as planning family gatherings and parties. Arlene’s family was always her most important priority during her lifetime.

For those wishing to send an expression of condolence, her family suggests memorials be made to the Arlene Day grandchildren’s educational fund, P.O.Box 343 McHenry, IL 60051 or the Make A Wish Foundation in her memory. 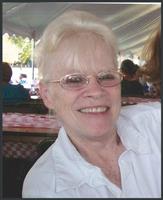 To leave a condolence, you can first sign into Facebook or fill out the below form with your name and email. [fbl_login_button redirect="https://justenfh.com/obituary/arlene-h-day/?modal=light-candle" hide_if_logged="" size="medium" type="login_with" show_face="true"]
×