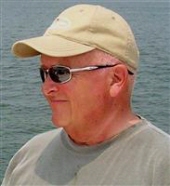 He served his country from 1949 at Ft. Cronkhite, California, as a U.S. Army Radar Equipment Foreman, until he was honorably discharged in 1954.

Thereafter, Art was employed in the offices of Western Electric for over 30 years. After retiring from Western Electric, he worked for Tropical Plant Rentals, taking care of the atrium and offices of Baxter. He also worked in security at Six-Flags Great America, Gurnee.

He was an avid reader and a talented artist, especially with pen and ink drawings as well as watercolor artwork. Art enjoyed taking care of his parakeet, and in past years, he also had cats, and all pets were given the name “Stinky”.

He was preceded in death by a sister, Margaret, in infancy; a brother and sister-in-law, Charles II and Audrey Melvin; and his nephew Charles’ first and second wives, Shirley and Almira.

For information, please call the funeral home or visit www.justenfh.com, where friends may leave an on-line condolence message for his family. 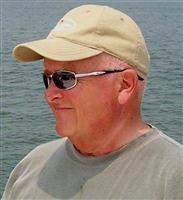 To leave a condolence, you can first sign into Facebook or fill out the below form with your name and email. [fbl_login_button redirect="https://justenfh.com/obituary/arthur-j-melvin/?modal=light-candle" hide_if_logged="" size="medium" type="login_with" show_face="true"]
×