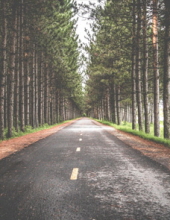 He was born August 27, 1937 in Sioux City, Iowa, to Maurice D. and Mary (Murphy) Granger. Ashley was a resident of McHenry since 1949. Self employed in the construction field, serious medical issues resulted in his early retirement in 1989 due to a permanent disability.

Arrangements were entrusted to Justen Funeral Home & Crematory, 3700 Charles J. Miller Road, McHenry, IL 60050. For information, please call the funeral home at 815-385-2400, or visit www.justenfh.com, where friends may leave an on-line condolence message for his family.

To leave a condolence, you can first sign into Facebook or fill out the below form with your name and email. [fbl_login_button redirect="https://justenfh.com/obituary/ashley-granger/?modal=light-candle" hide_if_logged="" size="medium" type="login_with" show_face="true"]
×