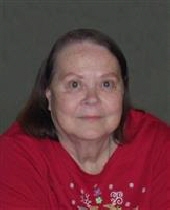 An active military wife, she and her husband lived in many areas of the U.S. and Europe during his career. In 1984, they moved to McHenry from Waukegan.

She was a member of the V.F.W. Ladies Auxiliary and the Military Order of the Cootie (M.O.C.A.), and having served as President of both organizations. For over 30 years, she dedicated herself to fulfilling the mission of the MOCA through regular visits to hospitalized troops and veterans during their confinement at VA facilities. Visits were intended to bring a smile or a laugh to the veterans visited.

Devoted to her faith, she was a member of the Wonder Lake Bible Church, where she also participated in Bible Study.

Other interests included cooking and baking, shopping, bowling, and playing board games. She loved to visit with people and enjoyed social activities.

Friends may meet her family from 6 p.m. until 7 p.m. on Friday, February 28, 2014, at Wonder Lake Bible Church, 7501 Howe Road, Wonder Lake. The memorial service will be at 7 p.m. Friday at the church, with the Rev. Daniel Cox officiating.

For those wishing to send an expression of condolence, her family requests memorials be made to the Shriner’s Childrens Hospital, 2211 North Oak Park Avenue, Chicago, IL   60607.

Inurnment is planned in the spring at Ft. Sheridan Cemetery. 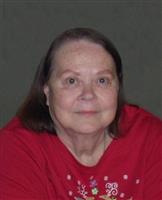 To leave a condolence, you can first sign into Facebook or fill out the below form with your name and email. [fbl_login_button redirect="https://justenfh.com/obituary/beatrice-anne-whitehead/?modal=light-candle" hide_if_logged="" size="medium" type="login_with" show_face="true"]
×