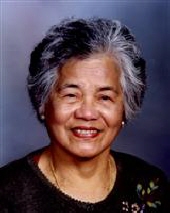 She was born March 11, 1924 in the Philippines to Elias and Catalina (Ines) Pascual.

Benita moved to the United States from the Philippines in August of 1980. She was a homemaker for the majority of her life and was a devoted grandmother to all her grandchildren and great-grandchildren.

She was preceded in death by her husband Paterno Castro Pablo; her son, Goido Pablo; and her parents.

Interment will be in St. Patrick Countryside Cemetery, McHenry.

For those wishing to send an expression of condolence, her family suggests memorials to JourneyCare Foundation, 405 Lake Zurich Road, Barrington, IL 60010.

For information call the funeral home at 815-385-2400 or visit www.justenfh.com, where friends may leave an on-line condolence message for her family. 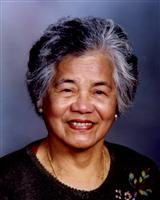 To leave a condolence, you can first sign into Facebook or fill out the below form with your name and email. [fbl_login_button redirect="https://justenfh.com/obituary/benita-p-pablo/?modal=light-candle" hide_if_logged="" size="medium" type="login_with" show_face="true"]
×