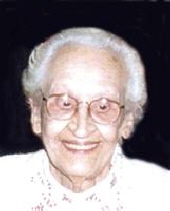 Bernadine A. Straza, age 91, of Ingleside, died Wednesday, July 18, 2012, at her home surrounded by her family.
She was born December 20, 1920 in Chicago to John and Catherine (Kochanek) Jendrzejczyk.
A resident of the Fox Lake/Ingleside area for over 50 years, Bernadine was employed for several years at Gefco in Grayslake prior to retiring.
She was a die-hard Cubs and Bulls fan.  Other enjoyments included tending to her vegetable garden, sewing, and spending time with her family.  She was a member of St. Bede’s Catholic Church in Ingleside.
Survivors include her daughter-in-law, Claudia Straza-Schad and her husband, Edwin Schad Jr. of Lake Villa; two grandchildren, Tracy Snow of Ingleside and Kimberly (Kyle) Eckmann of Mebane, NC; three great-grandchildren, Kayleigh Reppert, Tanner Eckmann, and Courtney Eckmann.
She was preceded in death by her husband, John H. Straza on Dec. 18, 1974; a daughter, Patricia (the late Andy) Huhn in 2001; a son, John R. Straza in 1994; a brother and two sisters.
Visitation will be from 1 p.m. to 5 p.m. Sunday, July 22, 2012, at Justen Funeral Home & Crematory, 3700 W. Charles J. Miller Road, McHenry, IL   60050.
The funeral service will be at 11 a.m. Monday, July 23, 2012, at Justen Funeral Home & Crematory.
Interment will be in Woodland Cemetery, McHenry.
For information, call the funeral home at 815-385-2400.  Friends may send the family an on-line condolence at www.justenfh.com. 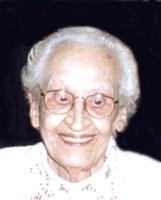 To leave a condolence, you can first sign into Facebook or fill out the below form with your name and email. [fbl_login_button redirect="https://justenfh.com/obituary/bernadine-a-straza/?modal=light-candle" hide_if_logged="" size="medium" type="login_with" show_face="true"]
×