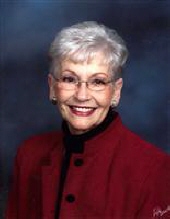 Betty May Davidson, 82 years young, and a long time resident of McHenry, died on Monday, September 20, 2010 at her apartment in Fox Point Assisted Living surrounded by her children.
She was born May 27, 1928 at her home on the far south side of Chicago to Gotthard and Hilda (Johanson) Johnson. Betty graduated from Chicago’s Hirsch High School in 1946 and was an accomplished artist, dancer and model. She worked at Marshall Fields in her teens before meeting her husband, William Alexander Davidson, at age 19 in a jewelry store. Bill and Betty were married on May 22, 1948 in Chicago. They lived on Pistakee Bay while building their family home on Mary Lane in McHenry where they raised their six children.
Betty was best known for her Domestic Engineering skills. Family and friends were all spoiled by her fantastic cooking which was always made with love. Her Swedish Coffee Cake, Swedish Meatballs, and Apple Pie were a staple in every family get together. She also worked as a nursery school teacher at Fantasy Farm in McHenry and was a sales associate at Sears and Spurgeon’s department stores. Betty loved all things beautiful and it showed in her loving smile that she gave to all. As a talented artist she was responsible for many of the scenes and backdrops for plays held at the Crystal Lake Opera House. Betty and Bill loved to travel across the country with their children in their travel trailer. Betty was an active member of her community happily serving as everyone’s favorite den mother, a Lion’s Club Lioness, a member of the VFW Ladies Auxiliary, Swedish Club, Church Chicks, and also enjoyed going to local plays, concerts and operas. The family homestead at Mary Lane in McHenry was never a dull place with Betty’s large and vibrant family.
Betty is survived by her children, Bill (Susan) Davidson Jr. of McHenry, Sharon McGregor of Cary, Sandra (Michael) Willoughby of Las Vegas, NV, Janice (Jeff) Rocco of McHenry, Scott Davidson of McHenry, and Donna (Rocky) Palmer of McHenry; grandchildren, Kevin McGregor, Jason (Rocki) Davidson, Kate (Nicholas) Rodriquez, Loren (Kevin) Mooney, Steven Hawkins, Shawn (Megan) McGregor, Jennifer Hawkins, Billy Davidson, Keri Willoughby, Heather McGregor, Derek Palmer, Hanna Mays, Rebecca Davidson, Megan Rocco, Vaughn Mays and Jessica Rocco; great grandchildren, Tyler, Nickolas, Matthew, Myia, Ella May and Keira; sisters-in-law, Marge Davidson and LaVern Becker; and a cavalcade of nieces and nephews who all loved her.
She was preceded in death by her beloved husband Bill; her Mother and Father Gotthard and Hilda; sister’s Marion & Mable; nieces, Marilynn and Barbara; nephews, Don and David; and brothers-in-law, Andy and Joe.
Friends and neighbors may visit with the family from 10 a.m. until the 11 a.m. memorial service on Saturday, September 25 at Shepherd of the Hills Lutheran Church, 404 N. Green Street, McHenry, IL 60050.
Arrangements entrusted to Justen Funeral Home & Crematory. For more information call the funeral home at 815/385-2400 or you may send the family on-line condolence at www.justenfh.com. 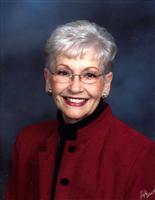 To leave a condolence, you can first sign into Facebook or fill out the below form with your name and email. [fbl_login_button redirect="https://justenfh.com/obituary/betty-may-davidson/?modal=light-candle" hide_if_logged="" size="medium" type="login_with" show_face="true"]
×