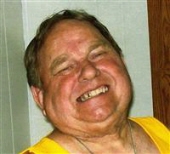 Raised in Liggett, Bill was a resident of the McHenry area since the early 1960’s. He was a truck driver for the majority of his career. For over 20 years, he worked for Alan Smith Trucking. A very hardworking and physically fit man, he suffered a debilitating stroke in 1999, and was unable to return to work. After his stroke, he enjoyed the hobby of collecting cans, an activity he referred to as the “family business”. Other enjoyments included visiting with people, watching westerns and singing songs. Most of all, he was devoted to his family, and very proud of his wife, kids, and grandkids.

He was preceded in death by his father; two brothers, J. L. Dotson and Elmer Dotson; and a sister, Tiny Estes.

The funeral service will be at 10:30 a.m. Monday at the funeral home.

Interment will be in Windridge Memorial Park, Cary.

For information, please call the funeral home at 815-385-2400. Friends may send an on-line condolence to the family at www.justenfh.com. 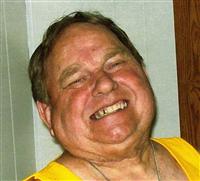 To leave a condolence, you can first sign into Facebook or fill out the below form with your name and email. [fbl_login_button redirect="https://justenfh.com/obituary/bill-g-dotson-sr/?modal=light-candle" hide_if_logged="" size="medium" type="login_with" show_face="true"]
×