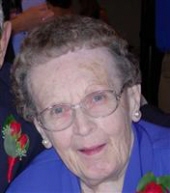 Bonnie F. Meyers, age 84, of Johnsburg, died Sunday, December 4, 2011, at Hospice & Palliative Care of Northeastern Illinois in Barrington.
She was born December 14, 1926 in Woodstock to Charles Ray and Mary (Going) Page. On June 26, 1946, she married Elmer G. “Si” Meyers at St. Mary’s Church in McHenry.
Bonnie was employed by Johnsburg School District 12 and served as treasurer of McHenry, Wonder Lake and Johnsburg school districts. She was a member of St. John the Baptist Catholic Church in Johnsburg, and also a member of the Blessed Virgin Mary Sodality and the Womens Catholic Order of Foresters St Agatha Court 777.
For over 50 years she enjoyed her monthly ladies card club. She was a past Girl Scout leader and an avid Cubs fan.
Survivors include six children, Jim (Marilyn) Meyers of Huntley, Mary Lynn (Jerry) Miller of McHenry, Patsy (Wayne) Hiller of Johnsburg, Jeff (Loraine) Meyers of Johnsburg, John (Dawn) Meyers of Spring Grove, and Joe (Laura) Meyers of Ringwood; 15 grandchildren, Jennifer, Jackie, John, Jaime, Jana, Tim, Tracy, Jillian, Ashley, Cole, Jessica, JoeDee, Paige, Bobby and Zack; 12 great grandchildren, Jake, Sam, Jackson, Avarie, Andrew, Emma, Lauren, Cooper, Madelyn, Landon, Riley, and Jayce; two sisters, Elida (Neil) Foster of Mountain Home, Arkansas, and Celia (the late Jack) McFarland of Frankfort; a brother-in-law, LeRoy “Shorty” (Esther) Meyers; and many nieces and nephews.
She was preceded in death by her parents; and her husband, Si, on January 1, 2011.
Visitation will be from 3 p.m. to 8 p.m. Thursday, December 8, 2011, at Justen Funeral Home & Crematory, 3700 W. Charles J. Miller Road, McHenry, IL 60050. Visitation resumes at the funeral home from 9 a.m. Friday until 9:45 a.m. prayers, followed by procession to the 10:30 a.m. funeral Mass at St. John the Baptist Church, 2302 W. Church Street, Johnsburg.
Interment will be in St. John the Baptist Cemetery, Johnsburg.
For those wishing to send an expression of condolence, her family suggests memorials to Hospice of Northeastern Illinois, 405 Lake Zurich Road, Barrington, IL 60010; or to the Johnsburg Rescue Squad (Retired) to fund a future food drive for the needy.
For information, please call the funeral home at 815-385-2400. Friends may send an on-line condolence to the family at www.justenfh.com. 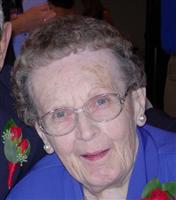 To leave a condolence, you can first sign into Facebook or fill out the below form with your name and email. [fbl_login_button redirect="https://justenfh.com/obituary/bonnie-f-meyers/?modal=light-candle" hide_if_logged="" size="medium" type="login_with" show_face="true"]
×