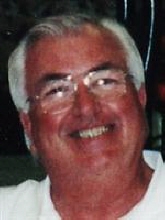 Bruce E. Engstrom, age 67, of McHenry, died Tuesday, July 6, 2010, at his home.
He was born September 14, 1942 in Providence, RI, to Edward J. and Anna J. (Kibbe) Engstrom. On July 3, 2007, he married Kathleen M. Pait in Woodstock.
Bruce was a 1960 graduate of Cranston High School in East Cranston, Rhode Island. Early in his career, he worked in sales for the fire protection industry, followed by 8 years at Motorola. Since 2002, he was employed by Baxter.
He was a member of The Church of Holy Apostles in McHenry. Bruce loved to spend time with his wife, Kathy, and family and friends; and also enjoyed the outdoors, traveling by car to see America, bowling, sailing, visiting casinos, and dining on good seafood.
He is survived by his wife, Kathleen, five children, Anna Marie (William) Stuker of Cincinnati, Dana M. (Joseph Kuhn) Engstrom of Bedford, New Hampshire, Bruce E. (Brenda) Engstrom Jr. of West Greenwick, RI, John E. Engstrom of Cincinnati, and Erik B. (Heather) Engstrom of Cincinnati; 8 grandchildren, 3 great grandchildren; a sister, Barbara (Ken) Pollock of Warwick, RI; two stepchildren, Robert (Christine) Pait of McHenry, and Jennifer (Tim) Sommer of Round Lake; three step grandchildren; and his sister-in-law and brother-in-law, Barbara (Jack) Baker of McHenry.
He was preceded in death by his parents.
Visitation will be from 1 to 3 p.m. Sunday, July 11, 2010, at Justen Funeral Home & Crematory, 3700 W. Charles J. Miller Road, McHenry, IL 60050.
Visitation will resume Monday at The Church of Holy Apostles, 5211 W. Bull Valley Road, McHenry from 8:30 a.m. until the time of Mass. The funeral Mass will be celebrated at 9:30 a.m. Monday, July 12, 2010.
Interment will be in The Church of Holy Apostles Cemetery.
Memorials directed to the family would be appreciated.
For information, please call the funeral home at 815-385-2400. On-line condolences may be sent to the family at www.justenfh.com. 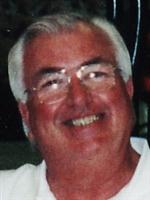 To leave a condolence, you can first sign into Facebook or fill out the below form with your name and email. [fbl_login_button redirect="https://justenfh.com/obituary/bruce-e-engstrom/?modal=light-candle" hide_if_logged="" size="medium" type="login_with" show_face="true"]
×