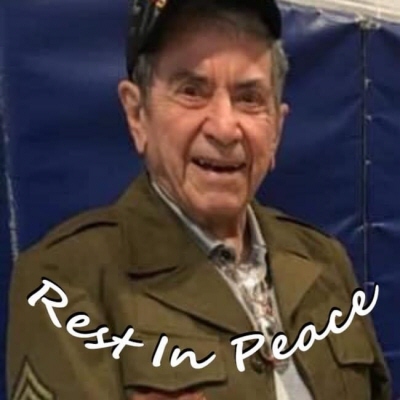 “Just makes sure somebody takes the screws and nails.”

External forces do not measure a man. Not really. A man is measured by what he understands, what he can do for himself and how he prepares others to do for themselves.

Cal and Joan loved each other wholly – with compassion, levity and tenderness – for nearly 69 years.

Mr. Cann served stateside in the Korean war; he shares the honor of service with his Grandson- in-Law, SPC John H. Kessler IV, who served in Iraq and Afghanistan. Moreover, one of Cal’s most invigorating recent conversations was one he shared with his Great Granddaughter, Kala Kessler, who is currently serving as an Army engineer in Anchorage, AK.

Cal was pleasant but was not much for pleasantries; he was energized by conversation ripe with inquisition and contemplation. Purposeful exchange that gave him something to chew on.

A dignified, reticent and analytical man, Cal was an intellectual wanderlust. He spent his time writing (often creatively), reading, and considered himself an amateur horticulturist. He was a history buff and an astronomy enthusiast. Cal loved motorcycles and carpentry. Workbenches were one of his specialties and he presented his family with custom pieces fit to challenge any artisan builder. He was supremely organized and one could eat an egg salad sandwich from his painted garage floor.

Cal immersed himself, as a younger man, in avocations both vigorous and inspired. He harkened his rural roots, often hunting pheasant with his son, and his guitar strumming landed him a radio spot on ABC in 1948. He was an avid golfer (Joan did not share his affection for the game but said they always had “just so much fun”) and, in 1951, earned his pilot’s license. The picture you see here was taken in October 2002, when Cal flew in commercial air space following a more than 25-year hiatus. Cal was very proud of his accomplishment and said often, “Not a day goes by that I don’t think about flying planes.”

His appetite for diversity and self-sufficiency led to business ownership and a decades-long career as a full time sales representative. Cal moved his young family 13 times so they could capture greater opportunity. In their later years, Cal and Joan resided in Mississippi, North Carolina, Indiana and Illinois.

Cal was alight when he was engaged in conversation about his family’s passions and aspirations. He relished in learning much about their vocations, schooling and interests – what challenged them. Cal’s intellect was equally vitalized by discussions about Christianity – particularly as he broached the apex of his advanced years.

What Cal’s grandchildren remember most, though, is the playfulness that would peek though the fissures of their Grandfather’s reserved and stoic exterior. How they delighted in it:

“He took us around in his golf cart a thousand times – any time we asked….”

”I have fond memories of their home with a pond and the gerbil food they’d buy me…” “He had a great giggle. He’d pull his chin back and laugh deep in his chest…” “Grandpa’s the reason I still love puzzles…”

”Remember that game he built? It was so cool…”

”Grandpa taught me how to tune a guitar and he gave me my first music book. He gifted me with the guitar that accompanied him through adolescence and adulthood, on stage and on the radio. He carried it around his whole life and he gave it to me – the most valuable instrument in the world. …”

“He made me a peanut butter sandwich and I loved it…”

“I remember sitting on his lap while he mowed the yard at the Farm House [in Naperville]. It seemed like such a huge piece of land when I was a kid. But I drove by it last year and I guess it’s just a regular house…”

A man measured through dignity and perseverance augments the most meager curiosities. Calvin Cann built his life – his career, his hobbies, his footholds – sturdily and well. His family mourns his passing but will celebrate the honor of carrying on where he left off. They will take the screws and nails and continue building.

To leave a condolence, you can first sign into Facebook or fill out the below form with your name and email. [fbl_login_button redirect="https://justenfh.com/obituary/calvin-ellsworth-cann/?modal=light-candle" hide_if_logged="" size="medium" type="login_with" show_face="true"]
×