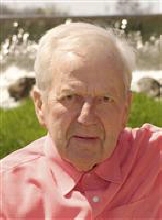 Carl W. Knutilla, age 75, of McHenry, passed away Tuesday, November 10, 2015, at JourneyCare in Woodstock surrounded by his loving family.

He was born March 9, 1940 in Ironwood, MI to Carl and Signe (Erickson) Knutilla.  On June 25, 1966, he married Marlene Ann Lane at Wakefield United Methodist Church in Wakefield, MI.

Following his honorable discharge from military service in 1964, Carl attended school in Milwaukee to study computers, and then worked at Harnischfeger Industries.  Later, he was employed at Allstate Insurance for 25 years as Manager of Telecommunications.  Upon retirement from Allstate, Carl fulfilled a dream of traveling the United States with his wife in their RV.  They particularly enjoyed beautiful scenery traveling throughout the western states.  Other hobbies during his lifetime included making projects using wood turning, working in the yard and gardening, spending time up north in the summertime in the RV, and puttering around the house.

An extremely loyal and dedicated Green Bay Packers fan (and stockholder), he always admired the team’s relationship with their fans and their fans’ dedication to the team.  Carl also enjoyed following the Chicago Blackhawks and Chicago White Sox.  While his son’s were growing up, Carl also served as coach for their little league and soccer teams, and den leader for Cub Scout Pack 131.

Carl was a longtime member of Shepherd of the Hills Lutheran Church in McHenry.

He was preceded in death by his parents; and a brother, Don (the late Jean) Knutilla.

On Saturday, January 9, 2016, friends and family will gather for a memorial visitation from 10 a.m. until 11:30 a.m. at Justen Funeral Home & Crematory, 3700 W. Charles J. Miller Road, McHenry, IL 60050.  A memorial service will take place at 11:30 a.m., with the Rev. Roger Schneider officiating, and military honors will follow.  A celebration of life gathering at 31 North Banquets in McHenry is planned following the service.

For those wishing to send an expression of sympathy, his family suggests memorials to Mayo Clinic-Department of Development, MSA Research, 200 1st Street SW, Rochester, MN 55905, or donations may be given on-line through Give Now link on the Mayo Clinic website at www.mayoclinic.org.

For information, please call Justen Funeral Home & Crematory at 815-385-2400, or visit www.justenfh.com, where friends may leave an on-line condolence message for his family.

To leave a condolence, you can first sign into Facebook or fill out the below form with your name and email. [fbl_login_button redirect="https://justenfh.com/obituary/carl-w-knutilla/?modal=light-candle" hide_if_logged="" size="medium" type="login_with" show_face="true"]
×