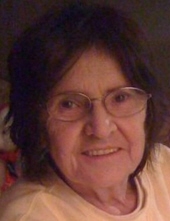 A 31-year resident of Island Lake, Carol previously resided in Wauconda. Though she was employed by Kemper Insurance as a collator as well as Royal Lock Inc. of Wauconda for over 10 years, her most treasured years were those she spent as a devoted homemaker.

In addition to her parents, Carol was preceded in death by her husband, Gerald, on January 5, 2009.

Interment will be at Windridge Memorial Park.

For information, please call the funeral home at 815-385-2400, or visit www.justenfh.com, where friends may leave a message of condolence.

To leave a condolence, you can first sign into Facebook or fill out the below form with your name and email. [fbl_login_button redirect="https://justenfh.com/obituary/carol-sue-makowski/?modal=light-candle" hide_if_logged="" size="medium" type="login_with" show_face="true"]
×