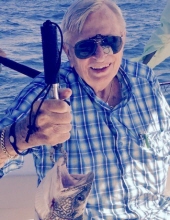 Charles J. “Chuck” Budreck Jr., age 95, of McHenry, passed away Sunday, December 8, 2019 at JourneyCare in Barrington. He was born on August 2, 1924 in Chicago to Charles J. Sr. and Stella (Jurgilas) Budreck. On December 4, 1954, he married the love of his life, Mary Alice Galvin at St. Giles Catholic Church in Oak Park.

Born and raised in Cicero, Charles entered the U.S. Army at age 18 and served for four and a half years. While serving his country, Charles fought in three major battles and was severely wounded in the Battle of the Bulge. He was in the 26th Infantry Division (326th Regiment) General Patton’s 3rd Army. After his service injury, Charles was hospitalized for two and a half years at Battle Creek and in Chicago. By the time he fulfilled his obligation to the U.S. Army, Charles was promoted to the rank of Sergeant, attained a Purple Heart, three Bronze Service Stars, and a Combat Infantry Badge.

After attending college, Charles took a filing job with Home State Bank. He then worked for Electromotive (GMC) building locomotives, and also worked for the Navy in Forest Park. Charles decided to make a huge investment and purchased a 160 acre farm, which he owned for 40 years, farmed it for 32 of those years, and sold it in the early 2000’s.

Charles was a former Vice President of the McHenry County Cattleman’s Association. He annually spent a fourth of his year in Phoenix, AZ, where he was a member of The Verde Vaqueros Cowboy Riding Club. Charles was very active in many community organizations, including having been a Soil and Water Conservation District chairman, a 35 year Kiwanis member, and a Centegra Foundation Board member. He also participated in activities for The 4H Club. Charles was a member of The American Legion, DVA, and the Military Order of The Purple Heart.

He was a devout parishioner of St. Patrick Catholic Church of McHenry, and while growing up, he was a member of St. Giles Catholic Church. Charles had many passions in life, horsemanship, golfing, hunting, and fishing in Lake Michigan or in Florida, where he had a winter home for the past 20 years in Fort Myers. Charles enjoyed traveling to Europe, North Africa, Hawaii, and especially his 2007 family vacation cruise.

In addition to his parents, Charles was preceded in death by his wife, Mary Alice Budreck on October 6, 2013, and his son, Charles G. Budreck on February 16, 2002.

For information, please contact the funeral home at 815-385-2400, or visit www.justenfh.com, where friends may share memories of Charles with his family on his Tribute Wall.

To leave a condolence, you can first sign into Facebook or fill out the below form with your name and email. [fbl_login_button redirect="https://justenfh.com/obituary/charles-j-budreck-jr/?modal=light-candle" hide_if_logged="" size="medium" type="login_with" show_face="true"]
×