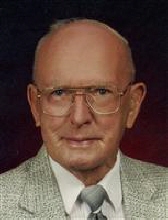 Charles was born August 28, 1921 to Edward and Elizabeth (Pint) Thompson on a farm just outside of Ringwood.  He attended grade school in Ringwood and St. Mary’s, and graduated from McHenry High School in 1940.

He was employed by Hunter Boat Co., Chuck Miller Construction, and as an agent for Prudential Insurance for 15 years.   He was a resident of Kissimmee, FL for 21 years before moving back to McHenry in 2006.

An avid golfer, he also enjoyed tennis and worked for a time with a tennis pro.  Other enjoyments included playing cards (especially poker), playing pool, and watching football.

He was a member of St. Mary’s Church in McHenry.

He is survived by a sister, Grace Mary (Marion) Messman of McHenry; a brother, Jim (the late Isabel) Thompson of McHenry; many nieces and nephews, including two favorite nieces, Suzanne “Cookie” (Ken) Homo of McHenry and Maribeth (Paul) Kilday of McHenry.

The funeral service will be at 11 a.m. in the funeral home. 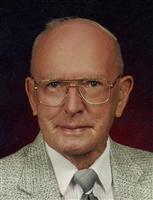 To leave a condolence, you can first sign into Facebook or fill out the below form with your name and email. [fbl_login_button redirect="https://justenfh.com/obituary/charles-leonard-thompson/?modal=light-candle" hide_if_logged="" size="medium" type="login_with" show_face="true"]
×