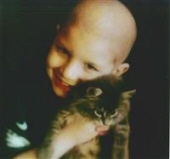 Chase Benjamin Freund, age 7, of Johnsburg, died Wednesday, January 28, 2015, at his home surrounded by his loving family and friends.

Chase was born April 19, 2007 in McHenry to Robert and Jennifer (May) Freund. He enjoyed being a second grade student at Ringwood School in Johnsburg School District 12 in Ms. Jennifer Suidak’s class. He recently achieved recognition on the Principal’s Pride List.

Chase loved music and break dancing, playing video games, and showing his latest creations built from Legos. He was an enthusiastic fan of both the Philadelphia Eagles and the Chicago Bears football teams. He was playfully given the nickname of “the king” by his mom, with other family members adopting it as well. In recognition of the strength Chase had to show to fight his illness, he was affectionately called the “Red Bull Angel Warrior”.

Chase is survived by his loving mother, Jennifer Freund and his brother, Blake; his maternal grandparents, William and Susan May of Lakemoor; his paternal grandparents, Norman (Susan) Freund of Johnsburg and Darlene (the late James) Robison of Crystal Lake; his aunts, Ann (Cliff) Crawford, Shannon Cox, Crystal May, Tiffany (Scott) Haberstroh, Christina Freund; his uncles, Bryce Freund and James L. (Jessica) Robison V; many cousins; and his very best friend, Tess (who, with Chase, were referred to as “Bonnie & Clyde”).

Visitation will be from 1 p.m. to 4 p.m. Sunday, February 1, 2015, at Justen Funeral Home & Crematory, 3700 W. Charles J. Miller Road. Those attending are asked to please wear Chicago Bears or Philadelphia Eagles jerseys (or team colors) or your “Chase” t-shirt. His family kindly requests that black not be worn, as this will be a celebration of Chase’s life.

For those wishing to send an expression of condolence in honor of Chase, memorials may be made to any of the following: directly to his family, to the Lemonade Brigade, to the Make -A-Wish Foundation, or to the Milwaukee Childrens Hospital for the purchase of Lego Toys. 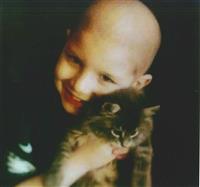 To leave a condolence, you can first sign into Facebook or fill out the below form with your name and email. [fbl_login_button redirect="https://justenfh.com/obituary/chase-benjamin-freund/?modal=light-candle" hide_if_logged="" size="medium" type="login_with" show_face="true"]
×