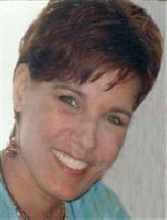 She was born February 16, 1969 in Elgin to William and Deborah (Lawrence) O’Brien. On October 31, 1993, she married Robert Pait at St. John The Baptist Church in Johnsburg.

Formerly of Johnsburg, Christine moved to McHenry in 1993. She graduated from Johnsburg High School in 1987. After graduating from Don Roberts Beauty School, she was employed at Kevin Kenny’s at Barrington Ice House, the Salon of Barrington, and most recently, Entourage Hair Fashioners of Barrington.    Christine loved to watch her children wrestle and play baseball.  She also enjoyed baking and decorating cakes, camping, pottery and crafts, and boating on the Chain O‘Lakes.  She loved spending time with her devoted pets, Gracie and Chloe.

She was a member of The Chapel in McHenry.

Interment will be in The Church of Holy Apostles Cemetery, McHenry.

For those wishing to send an expression of condolence, the family suggests memorials to the Pait Children Education Fund, P.O. Box 343, McHenry, IL 60051 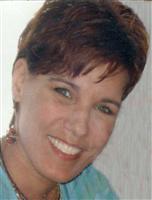 To leave a condolence, you can first sign into Facebook or fill out the below form with your name and email. [fbl_login_button redirect="https://justenfh.com/obituary/christine-elizabeth-39tina39-pait/?modal=light-candle" hide_if_logged="" size="medium" type="login_with" show_face="true"]
×