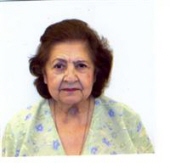 Consuelo Diaz, age 82, of Round Lake Park, died Monday, March 19, 2012 at her home.
She was born May 10, 1929 in Mexico City, Mexico to Antonio and Josefina (Hidalgo) Diaz.
Formerly of Mexico, Consuelo had resided in Round Lake Park since 2004.
She is survived by a daughter, Guadalupe (Abdon) Badillo; and four grandchildren, Alex, Michael, Joanna and Mariana.
There will be a short visitation at Justen’s Round Lake Funeral Home, from 9 a.m. until 9:30 a.m. on Friday, March 23, 2012 before leaving for the 10 a.m. funeral Mass at St. Joseph Catholic Church, 114 N. Lincoln Avenue, Round Lake, IL 60073.
Friends and family are invited back to the funeral home on Friday, March 23, for a visitation with Consuelo’s body present, from 4 p.m. until 8 p.m.
For more information call the funeral home at 847-546-3300. 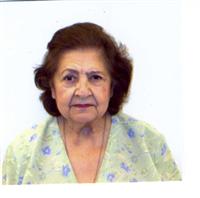 To leave a condolence, you can first sign into Facebook or fill out the below form with your name and email. [fbl_login_button redirect="https://justenfh.com/obituary/consuelo-diaz/?modal=light-candle" hide_if_logged="" size="medium" type="login_with" show_face="true"]
×