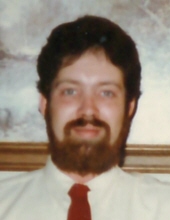 He was born May 17, 1956 in Seattle, Washington to Charles and JoAnn (Scoggins) Lemker. Dale was a graduate of McHenry County College and Ohio Northern University. He spent most of his adult life in the McHenry County area. He worked for over 10 years as a chemist at Morton Chemical in McCullom Lake.

When not working, Dale loved to go fishing. Other enjoyments included attending historical re-enactments or researching genealogy. An avid music lover, he enjoyed concerts and events with live music.

Private cremation services were entrusted to Justen Funeral Home & Crematory, 3700 Charles J. Miller Road, McHenry, IL 60050. His family suggests memorials in honor of Dale be made to the American Diabetes Association, 30 N. Michigan Ave, Suite 2015, Chicago, IL 60602 or to a charity of the donor’s choice.

To leave a condolence, you can first sign into Facebook or fill out the below form with your name and email. [fbl_login_button redirect="https://justenfh.com/obituary/dale-b-lemker/?modal=light-candle" hide_if_logged="" size="medium" type="login_with" show_face="true"]
×