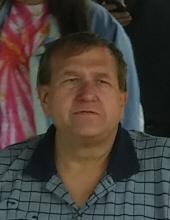 Daniel Lynn Peters, age 62, of Woodstock, passed away on December 14, 2018, at Northwestern Medicine McHenry Hospital. He was born on September 14, 1956 in Harvard to Robert Leroy and Ruby (Barry) Peters. On May 2, 1981, Dan was united in marriage to Deborah Eleanor Bartsch at St. John’s Lutheran Church in Woodstock.

A true outdoorsman at heart, Dan was an avid fisherman and beer connoisseur who looked forward to his regular vacations to Northern Wisconsin and Minnesota. He found deep joy in music and could beat anyone at the “Name That Tune!” game. Above all else, Dan treasured his family. The proudest of grandpas, he was his grandchildren’s superfan and never missed a single wrestling match or football game.

In addition to his parents, Dan was preceded in death by his brother, Jeff, and sister, Sue.

For information, please call the funeral home at 815-385-2400, or visit www.justenfh.com, where you can leave an online message for Dan’s family.

To leave a condolence, you can first sign into Facebook or fill out the below form with your name and email. [fbl_login_button redirect="https://justenfh.com/obituary/daniel-l-peters/?modal=light-candle" hide_if_logged="" size="medium" type="login_with" show_face="true"]
×