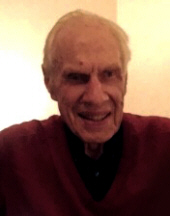 Daniel M. Schmitt of Johnsburg, IL, passed away on October 22, 2016 at St. Anne’s Home and Retirement Community in Fort Wayne, IN. Daniel had resided in Ft. Wayne since 2008.

He was born on September 2, 1923 to Joseph and Mary (Freund) in Johnsburg, Illinois. Dan attended St. John the Baptist grade school and McHenry Community High School, graduating in 1941. On September 15, 1951 he married Betty Ann Hecht.

After his graduation from high school he worked as a chemical operator at the Ringwood Chemical Corporation until he was drafted into the U.S. Army in June of 1943. After completion of basic training and before being sent overseas, he studied one semester at the University of Illinois at Chicago-Navy Pier and a second semester at New York University. In 1944 he was deployed as a medic in the European Theater of Operations and served in that capacity until the end of the war. Following that he remained in Germany for almost a year overseeing the operations of a military hospital in Regensburg, Germany.

Upon returning to the states he enrolled at the University of Illinois, Champaign-Urbana. He received a Bachelor of Science degree in Chemical Engineering in February, 1951. During the course of his enrollment he was inducted into the Honorary Chemical Society of Phi Lambda Upsilon.

After graduation, Dan returned to the Ringwood Chemical Corporation and worked as a chemical engineer. In 1958, he achieved one of his life time goals becoming the plant manager of what is now a Morton Chemical Company facility. While plant manager he introduced and implemented innovative methods in quality assurance and quality improvement at his plant. In 1988, he was promoted to a corporate management position where he could apply his strategies company wide. He retired in 1992 to pursue more leisurely activities, especially golf.

He was a very active member of his community. A lifelong member of St. John the Baptist Catholic Church, he served on the Parish Council as well as a Lector, Eucharistic Minister and an Usher. He was a founding member of the St. John the Baptist Building/Improvement Fund. Dan was a long serving member of the Northern Illinois Medical Center Board of Directors, and following this he served as treasurer of the Northern Illinois Medical Center Foundation Board where he was vital to the planning and construction of the new hospital in 1983. He was a Trustee of the McHenry Township Fire Protection District and a member of the McHenry County Manufactures Association. He was a lifetime member and officer of McHenry VFW Post 4600 and the Johnsburg VFW Post 11496, American Legion Post 491 and the Knights of Columbus Council 1288 of the Bishop Boylan Assembly. In his recreational time he enjoyed the game of golf, was a volunteer adult leader for Boy Scout Troop 162 of McHenry, IL, and was a volunteer GED teacher at McHenry Community College.

He leaves behind his son, Dr. Gregory S. Schmitt, his wife Jane L., their two sons David and Michael, his daughter, Nancy Carol Schmitt and brother Donald. Dan was preceded in death by his wife, Betty (November 20, 1999), his parents and brothers Roman, Paul and Raymond.

For those wishing to send an expression of condolence, the family suggests memorial to St. John the Baptist Building/Improvement Fund, 2302 W. Church Street Johnsburg, IL 60050 or to Centegra Hospital Foundation at 527 W. South St., Woodstock, IL 60098. Donations to the hospital foundation will be used for the McHenry facility.

For additional information, please call the funeral home at 815-385-2400 or visit www.justenfh.com where friend may leave an online condolence for Dan’s family. 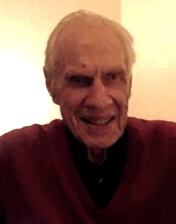 To leave a condolence, you can first sign into Facebook or fill out the below form with your name and email. [fbl_login_button redirect="https://justenfh.com/obituary/daniel-m-schmitt/?modal=light-candle" hide_if_logged="" size="medium" type="login_with" show_face="true"]
×