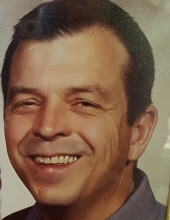 Daniel W. Mellender, age 65, of Round Lake Beach, passed away Sunday, September 22, 2019 at his residence surrounded by the people he loved. He was born in Chicago on August 3, 1954 to George W. And Angeline (Fojtek) Mellender. On March 10, 1990 he married Janel Ditgen in Beach Park, IL.

Daniel was born in Chicago and raised in a small town of Grayslake, IL. He was a graduate of Warren Township High School, and studied landscaping architecture at Utah State University. Daniel enjoyed golfing and rooting for the Cubs, Bears, and Blackhawks. One of the best memories he had, was fishing in the Colorado mountains. He was a devoted husband, loving son, caring father, and fond brother, who will remain forever in their hearts.

Daniel was preceded in death by his father, George.

For information please call the funeral home at 847-546-3300, or visit www.justenfh.com, where friends can leave an on-line condolence message for Daniel’s family.

To leave a condolence, you can first sign into Facebook or fill out the below form with your name and email. [fbl_login_button redirect="https://justenfh.com/obituary/daniel-w-mellender/?modal=light-candle" hide_if_logged="" size="medium" type="login_with" show_face="true"]
×