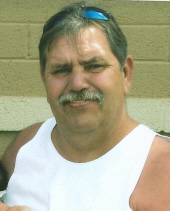 He was born March 15, 1957 in Chicago to Donald R. and Charlotte (Welbourn) Pellack. On September 28, 1996, he married Cindy J. Simmons at Shepherd of the Hills Lutheran Church in McHenry.

David was a resident of Johnsburg for the past 21 years. He was employed in maintenance at Lake Forest Place for the past five years, and previously at Victory Lakes.

David was an avid Blackhawks fan, and was talented in the area of car mechanics.

He was preceded in death by his father.

To leave a condolence, you can first sign into Facebook or fill out the below form with your name and email. [fbl_login_button redirect="https://justenfh.com/obituary/david-j-pellack/?modal=light-candle" hide_if_logged="" size="medium" type="login_with" show_face="true"]
×