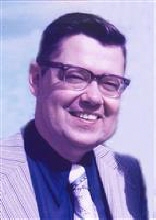 Dean Cornell Cunat, age 84, of McHenry, passed away Friday, January 23, 2015, at The Springs in Crystal Lake, surrounded by his loving family.

He was born August 30, 1930 in Chicago to Dr. Miles and Ellen (Gabriel) Cunat. On September 20, 1952, he married Aastri Midttomme at Norwegian Memorial Lutheran Church in Logan Square.

A resident of McHenry for over 56 years, Dean served as Executive Vice-President of A. N. May Builders in Richmond for 15 years. Prior to retirement, he was Vice-President of Construction Management for Terra Cotta Industries for 22 years.

Dean will be remembered for his contribution to several civic and community organizations during his lifetime. He was a 25-year member of the Board of Directors of the former McHenry Hospital, now Centegra Health System. During that time, he also served as Board President. He served on the McHenry County Board for 20 years. For several years, he was a member of the Northeastern Illinois Planning Commission representing McHenry County. A 50-year member of the McHenry Kiwanis Club, Dean also held the office of Past President. He was active with Kiwanis for the Illinois and Eastern Iowa District, where he was the Division 11 Lt. Gov. A former scout leader for the Boy Scouts of America, Dean earned the honor from the scouts, “Life Scout”. He also served as treasurer for Friends of McHenry Library.

In his leisure time, he was an avid fisherman and hunting enthusiast. He very much enjoyed traveling during his lifetime. He was a member of Shepherd of the Hills Lutheran Church in McHenry.

He was preceded in death by his parents; and a brother, Miles Jr.

For those wishing to send an expression of condolence, his family suggests memorials to the McHenry Kiwanis Club, for under privileged children, c/o 5400 W. Elm St., Ste. 110, McHenry, IL 60050.

For information, please call the funeral home at 815-385-2400 or visit www.justenfh.com, where friends may leave an online condolence message for his family.

To leave a condolence, you can first sign into Facebook or fill out the below form with your name and email. [fbl_login_button redirect="https://justenfh.com/obituary/dean-cornell-cunat/?modal=light-candle" hide_if_logged="" size="medium" type="login_with" show_face="true"]
×