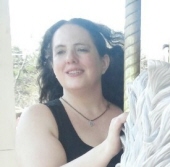 She was born January 19, 1980 in Southfield, Michigan to Thomas and Pastor Nancy (Marlow) Schrier. On August 28, 1999, Anne married the love of her life, David Foy Blosser, at the Trinity United Methodist Church in Waterford, Michigan. They later completed their family with their daughter, Arianna.

After growing up in several states, Anne settled in the greater McHenry County Area in 2010. She was employed by various companies as a quality control technician and was proud of the certificates she earned in her field (inc Certified Lean Six Sigma White Belt and Certified Internal Quality Auditor), further enhancing her knowledge of the field. She was working toward an ASQ certification (Certified Quality Process Analyst) when she passed away.

Anne was a singer known for her beautiful, moving solos. Also a talented painter, and amateur photographer she had great zest for life and harbored many dreams and ambitions. Anne will be remembered as a devoted mother, loving wife, and thoughtful friend who will be missed but never forgotten.

Since she was a child, one of Anne’s dreams was to be an organ donor. She believed that organ donation was a wonderful gift that saved the lives of many. In her passing, Anne’s dream was realized by donating her organs to others in need. At least 4 people will immediately benefit from her gift, and she will continue to help many others in the future thru tissue donation.

Survivors include her husband; her daughter, Arianna Lynn Blosser; her parents; her sister, Bridget (Keith) Lowe; her in-laws, Frances A and David Lynn Blosser; and her sister-in-law, Kimberly Dawn Blosser.

She was preceded in death by her maternal and paternal grandparents: Stanley & Lucille Marlow and Peter & Elizabeth Schrier.

The cremation rite will be according to her wishes.

For those wishing to send an expression of condolence, memorials to the family would be greatly appreciated.

To leave a condolence, you can first sign into Facebook or fill out the below form with your name and email. [fbl_login_button redirect="https://justenfh.com/obituary/deborah-anne-schrier-blosser/?modal=light-candle" hide_if_logged="" size="medium" type="login_with" show_face="true"]
×