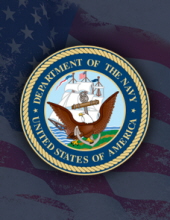 A 42-year resident of McHenry, Dennis was the proprietor of Gibson Fire Place at Park Street and Elm Street in McHenry for many years and previously worked for Flame and Hearth. In his leisure time, Dennis enjoyed outdoor activities. He was an avid boater, enjoyed fishing, and was fond of hunting pheasant and quail. Dennis loved his family and treasured time spent playing with his grandson, Nate.

He is survived by his wife of 51 years, Mel; his sons, Larry Gibson of Libertyville and Douglas (Tracy) Gibson of McHenry; a grandson, Nate Gibson; his sister, Laura Gibson; a sister-in-law, Louise Gibson; and many nieces and nephews.

In addition to his parents, Dennis was preceded in death by his siblings, Lowell Gibson, Robert Gibson, and Eileen Rivers.

For more information, please call the funeral home at 815-385-2400, or visit www.justenfh.com, where friends and loved ones may share memories on Dennis’ Tribute Wall.

To leave a condolence, you can first sign into Facebook or fill out the below form with your name and email. [fbl_login_button redirect="https://justenfh.com/obituary/dennis-owen-gibson/?modal=light-candle" hide_if_logged="" size="medium" type="login_with" show_face="true"]
×