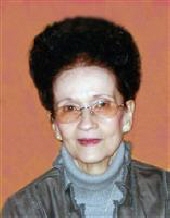 Dolores F. Meier, age 84, of McHenry, died Wednesday, May 22, 2013, at her home.
She was born June 23, 1928 in Alma, IL to Floyd W. and Mattie Lee (Simmons) Hutchinson. Formerly of Lindenhurst, Dolores lived in McHenry for the past 30 years.
She was employed as a pre-school teacher at Peppermint Stick Pre-school in Antioch for many years.
She enjoyed the outdoors, and favorite pastimes included boating, camping, and fishing. When not outdoors, a favorite activity was shopping.
Dolores is survived by three children, Toni (John) Miller of Berthoud, CO, Jody (Jerry) Smouse of San Marcos, CA, and Jeff (Kimberly) Meier of Salem, WI; five grandchildren, Tanya (Daniel) McDonough, Eric (Dakota Ledene) Meier, Brandi (Michael) Thomas, Josie (Kevin) Duggin, Jamie (Frankie) Iannuzzi; six great grandchildren, Tyler, Dalila, Reese, Hayden, Jessie, and Rian; a sister, Diane Norris; a brother, Donald (Sue) Hutchinson; and many nieces and nephews.
She was preceded in death by her parents; her husband, Robert Meier on Feb. 3, 1994; and a brother, Douglas Hutchinson.
Visitation will be from 4 p.m. until 7:30 p.m. Wednesday, May 29, 2013 at Justen Funeral Home & Crematory, 3700 W. Charles J. Miller Road, McHenry, IL 60050. The funeral service will be at 7:30 p.m. Wednesday in the funeral home.
Interment will be Thursday at Wood National Cemetery in Milwaukee.
For those wishing to send an expression of condolence, her family suggests memorials to Pets In Need, 4509 S. Ridgeway Road, Richmond, IL 60072 or to the Make A Wish Foundation, 640 N. LaSalle St., #280, Chicago, IL 60654.
For information, please call the funeral home at 815-385-2400, or visit www.justenfh.com. 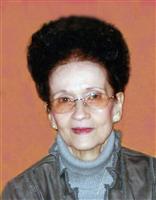 To leave a condolence, you can first sign into Facebook or fill out the below form with your name and email. [fbl_login_button redirect="https://justenfh.com/obituary/dolores-f-meier/?modal=light-candle" hide_if_logged="" size="medium" type="login_with" show_face="true"]
×