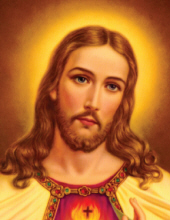 Donald R. Robaczewski, age 80, of McHenry, died Tuesday, May 22, 2018, at Advocate Good Shepherd Hospital in Barrington. He was born November 9, 1937 in Chicago to James and Theresa (Sheffke) Robaczewski. On August 31, 1957, he was united in marriage with Camille M. Pace at Our Lady of Mercy Church in Chicago.

Don was a resident of McHenry since 1996. Early in his career, he worked for U. S. Waterproofing. He later was employed by W. W. Grainger before enjoying a 25 year career with Argus Press, where he was a maintenance engineer. He was a talented handyman and a behind the scenes jack-of-all-trades.

Don was a devoted member of St. John the Baptist Church and proudly served as a Fourth Degree Knight with the Knights of Columbus Council 9167.

In addition to his parents, Don was preceded in death by his loving wife, Camille, on December 26, 2017.

Visitation will be from 4 p.m. until 8 p.m. Thursday, May 24, 2018, at Justen Funeral Home & Crematory, 3700 Charles J. Miller Road, McHenry, IL 60050. The funeral Mass will be at 11 a.m. Friday, May 25, at St. John the Baptist Catholic Church, 2302 W. Church Street, Johnsburg, IL 60051. Friends attending the funeral Mass should go directly to church, where they may visit with his family from 10:30 a.m. until the time of Mass. Private inurnment will take place at the St. John the Baptist Cemetery columbarium.

For those wishing to send an expression of condolence, his family suggests memorials to St. Jude Childrens Research Hospital.

To leave a condolence, you can first sign into Facebook or fill out the below form with your name and email. [fbl_login_button redirect="https://justenfh.com/obituary/donald-r-robaczewski/?modal=light-candle" hide_if_logged="" size="medium" type="login_with" show_face="true"]
×