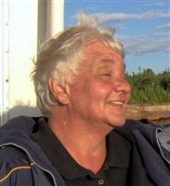 Dorothyann “Dottie” Ferrentino, age 61, of Poplar Grove, died Wednesday, March 16, 2011 at Centegra Hospital – McHenry surrounded by family and friends.
She was born March 11, 1950 in Berwyn, to Dan and Rose (Taglia) Hesley. She was the first baby born in the then new MacNeal Hospital. On May 5, 1973, she married James S. Ferrentino.
Dottie attended elementary and secondary school in McHenry County. She attended Lake and McHenry County Colleges. She was a 2004 graduate of McHenry County College, where she instituted the ASA program for returning adult students. She was very involved in Crystal Lake politics, running the “Campaigns are Us” with Candy Reedy. She also served on the planning and zoning board for Crystal Lake.
Dottie had been the human resource person for Follett Book Company for several years. She had also held the positions of probation officer and crossing guard. She had a wicked sense of humor, which got her through her long bout with cancer.
She is survived by her husband of 37 years, James; two sons, Scott and Bob; special “sister” , Dr. Carol E. Chandler, Fran Dahl; and numerous relatives and friends.
She was preceded in death by her parents; a brother, Robert; and special pal, Michele.
No visitation or service were planned. Rites of cremation were accorded with the assistance of Justen Funeral Home & Crematory, McHenry.
For more information, call the funeral home at 815-385-2400. Friends may send the family an on-line condolence at www.justenfh.com. 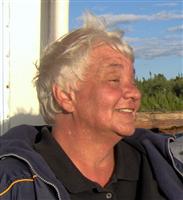 To leave a condolence, you can first sign into Facebook or fill out the below form with your name and email. [fbl_login_button redirect="https://justenfh.com/obituary/dorothyann-dottie-ferrentino/?modal=light-candle" hide_if_logged="" size="medium" type="login_with" show_face="true"]
×