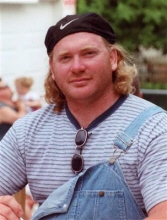 Dean was raised in Wonder Lake, and educated in Woodstock School District 200. He continued his education at Harper College, where he played football. From Harper, Dean attended Arizona State University for a year, where injury sidelined him from his dream of playing football. Upon returning home, he began what would become his career as a master carpenter and jack-of-all- trades in all facets of construction.

Dean also loved rock music. He enjoyed playing bass in two bands, the Headless Ten Speeders, where he played along with his son, Chase, on guitar, and D.O.D. He was the “life of the party”, but most of all, he will be remembered as a proud son, husband and father who was devoted to his family.

Survivors include his wife of 20 years, Tracy; two sons, Justin and Chase; his father, Douglas E. Albrecht Sr.; and many aunts & uncles and cousins.

Memorials would be appreciated to the family. 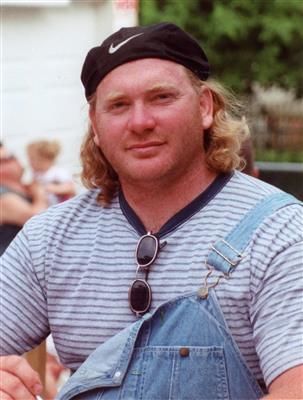 To leave a condolence, you can first sign into Facebook or fill out the below form with your name and email. [fbl_login_button redirect="https://justenfh.com/obituary/douglas-e-39dean39-albrecht-jr/?modal=light-candle" hide_if_logged="" size="medium" type="login_with" show_face="true"]
×