Edward J. Murar Jr., age 77, died Tuesday, March 3, 2015 at Advocate Condell Medical Center in Libertyville.
He was born in Chicago on April 1, 1937 to Edward Sr. and Loretta (Karnuth) Murer. On May 28, 1960, Edward married Joyce A. Rohde at St. Boniface Church in Chicago.
Edward was a veteran of the U.S. Army.
Formerly of Chicago, he was a resident of Round Lake since 1972. Edward lived with his family on Alpine Drive, and in jest, often referred to himself as the “Mayor of Alpine Drive”.
He was first employed by International Harvester as a forklift and crane operator. Later, he was employed as a stationary engineer and custodian for School District 116 for 20 years.
Edward was a longtime member of St. Joseph Catholic Church in Round Lake. He was also a member of the Waukegan Moose Lodge. An avid fisherman, he also enjoyed dancing. His family always came first during Edward’s lifetime.
Survivors include his wife of nearly 55 years, Joyce; two sons, Michael (Bobbi) Murar and Scott (Carol) Murar; seven grandchildren, Clayton, Brooke, Brandi, Mark, Al (Nadia), Robert (Ronnie), and Ryan; and two great grandchildren, Richard and Robyn. He is also survived by a sister, Therese (the late George) Gorski; a brother, Ronald (Arlene) Murar; brother-in-law, Edward (Barbara) Rohde; dear friend of Matt Kochanek; nieces and nephews and many friends.
He was preceded in death by his parents.
Visitation will be from 1 p.m. until 5 p.m. Sunday, March 8, 2015, at Justen’s Round Lake Funeral Home, 222 N. Rosedale Court, Round Lake, IL 60073.
Visitation will resume on Monday at the funeral home from 8:30 a.m. until prayers at 9:20, then proceeding to St. Joseph Church for the 10 a.m. funeral Mass.
Interment will be in Hillside Cemetery, Antioch.
For those wishing to send an expression of condolence, his family suggests memorials to either the Greater Round Lake Fire Protection District or Masses in his name.
For information, please call the funeral home at 847-546-3300 or visit www.justenfh.com, where friends may leave an on-line condolence message for his family. 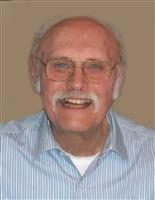 To leave a condolence, you can first sign into Facebook or fill out the below form with your name and email. [fbl_login_button redirect="https://justenfh.com/obituary/edward-j-murar-jr/?modal=light-candle" hide_if_logged="" size="medium" type="login_with" show_face="true"]
×