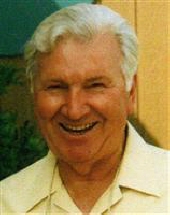 Edwin Charles Corra, 91, of McHenry and formerly of Wonder Lake, entered peacefully into eternal life August 19, 2014.
Edwin had requested that cremation rites be afforded. Private services will be held. Memorials may be made to Christ The King Parish, 5006 E. Wonder Lake Road, Wonder Lake, IL 60097; Journey Care Hospice, 405 Lake Zurich Road, Barrington, IL 60010; or Veterans of Foreign Wars, 3002 W. IL Route 120 McHenry, IL 60051 815-385-4553.
Edwin was born September 29, 1922 to Frederick and Stephanie (Jondura) Corra in Ogden, Utah, shortly before his parents returned to their home in Chicago. Edwin was a faithful member of St. Mary Catholic Church, Des Plaines, the first fifty years of his life. He continued his faithfulness as he and his wife, Jean relocated to Buffalo Grove, Illinois; Sarasota and Venice, Florida; and Wonder Lake and McHenry, Illinois.
Edwin served stateside in the United States Navy from 1942-1945 as an Aviation Machinist Mate 3/C. Following WWII, Edwin became a plumber and then a plumbing contractor. He started the Corra Plumbing business in Des Plaines in the 1960’s, relocating the business to Rolling Meadows in the early 1970’s.
Surviving are many nieces and nephews, including Vivian (Robert) Heinrich of Wonder Lake, Teresa (Michael) Mahoney of Kankakee, and Joseph (Georgia) Dobbelaere of Algonquin; many extended family members residing in various states both near and distant; and many grand nieces and nephews and great grand nieces and nephews who were loved and hugged abundantly and will miss their “Unky”.
Preceding Edwin in death were his wife of 70 years, Jean (Genevieve Szulczynski) Corra, whom he married October 30, 1943 at St. Mary, Des Plaines, and who passed away November 21, 2013; his parents; brothers, Clarence and Frederick Junior; and his sister-in-law and brother-in-law, Vivian and William Dobbelaere. 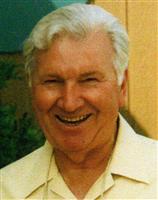 To leave a condolence, you can first sign into Facebook or fill out the below form with your name and email. [fbl_login_button redirect="https://justenfh.com/obituary/edwin-charles-corra/?modal=light-candle" hide_if_logged="" size="medium" type="login_with" show_face="true"]
×