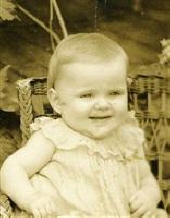 Elizabeth L. “Betty” Madden, age 75, of McHenry, died Thursday, June 2, 2011, at Centegra Hospital-McHenry.
She was born Sept. 7, 1935 in McHenry to John and Sally (Streit) O’Halleran.
A lifetime resident of McHenry, Betty was employed for 11 years by the Admiral Corporation in McHenry, and then by Gearmaster for 8 years. She later worked in housekeeping for Cunat Properties.
She was a member of Shepherd of the Hills Lutheran Church in McHenry, and also attended Spirit of Joy Church in Cottonwood, Arizona. She enjoyed watching game shows, and meeting her friends for lunch at Green Street Cafe.
Survivors include two children, Patti (Cecil) Bays of Cottonwood, Arizona, and Sandy (Chris) Roby of Harvard; nine grandchildren, Timothy Bays, Chad (Mary) Bays, Stacy (Robert) Flanagan, Melissa (Lance Janzen) Petersen, Amanda Roby, Brittney Roby, Justin Roby, Heather Tantillo, Christopher Madden; nine great grandchildren, Gabrielle, Kaylie, Jackie, Savanna, Jeremy, Stephen, Jacob, Jason, and Natalie; 2 brothers, Fred O’Halleran and Ken (Pat) O’Halleran; and a sister, JoAnne (the late Frank) Branham.
She was preceded in death by her parents; her husband, George Madden Sr. On January 17, 2004; a daughter, Cindy Madden in 1960; and a son, George Madden Jr. In 1980.
Visitation will be from 1 p.m. until 3 p.m. Sunday, June 5, 2011, at Justen Funeral Home & Crematory, 3700 W. Charles J. Miller Road, McHenry.
The funeral service will be at 3 p.m. Sunday, June 5, 2011, with the Rev. Roger Schneider officiating.
The cremation rite will be accorded privately.
For information, call the funeral home at 815-385-2400. Friends may send an on-line condolence to the family at www.justenfh.com. 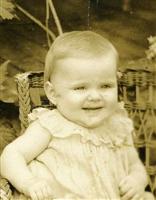 To leave a condolence, you can first sign into Facebook or fill out the below form with your name and email. [fbl_login_button redirect="https://justenfh.com/obituary/elizabeth-l-betty-madden/?modal=light-candle" hide_if_logged="" size="medium" type="login_with" show_face="true"]
×