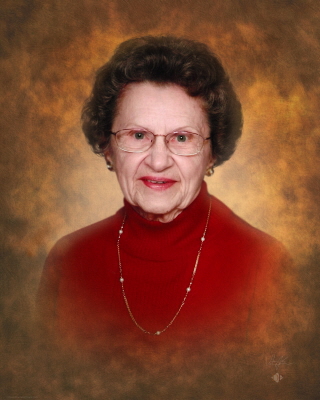 She had been a resident of McHenry since 1941. She graduated from McHenry High School in 1942. She worked as a bookkeeper for H.E. Buch & Sons 1955 until her retirement in 1982. She also was a manager for The Bath Shop from 1975 until 1982.
She was a member of the PTA, American Field Service (AFS), McHenry Hospital Auxiliary, Holy Apostle Lady’s Organization (HALO), a rotary wife of a charter member (Rotary Anns).

She enjoyed traveling and camping throughout the USA with her grandchildren Amy and Jason. She loved her summer home in Sayner, WI and just spending time with the family.

A gathering will be on Wednesday, December 23, 2020 from 9 to 10am at The Church of Holy Apostles. A funeral mass will be conducted at 10:00 am. Inurnment will follow.
In accordance with public gathering restrictions, attendees are expected to wear a mask and observe social distancing.

Arrangements have been entrusted to the Justen Funeral Home & Crematory. For information please call the funeral home at 815-385-2400 or visit www.justenfh.com, where friends and loved ones may share memories of Ethel on her tribute wall.

To leave a condolence, you can first sign into Facebook or fill out the below form with your name and email. [fbl_login_button redirect="https://justenfh.com/obituary/ethel-m-buch/?modal=light-candle" hide_if_logged="" size="medium" type="login_with" show_face="true"]
×