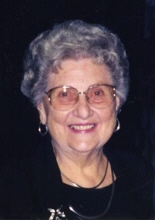 Eunice I. Trieloff, age 93, passed away Wednesday, June 19, 2013, at Cedar Crest Health Center in Janesville.
She was born November 14, 1919 in Whitewater to Ferdinand Ernest and Elsa Amelia (Richsteig) Wutke. On February 21, 1942, she married Carl H. Trieloff in Dubuque, Iowa, while he was on leave from serving in the U.S. Army Air Corps.
Eunice grew up as one of six children on the family farm in rural Whitewater. She was a 1936 graduate of College High School in Whitewater, and a 1939 graduate of Whitewater State Teachers College. Following graduation, Eunice taught in rural Whitewater at Island School, a one-room schoolhouse housing eight grades. Prior to each school day, she would ready the classroom by building a fire for heat, and pump and haul water into the school for her students. After 3 ½ years of teaching, she joined her new husband while he was stationed in New Haven, CT, making the transition from a one room school house to working at Yale University correcting papers. After Carl’s discharge from the military, they moved back to Fort Atkinson, and in 1955, became Janesville residents.
A homemaker for most of her lifetime, she was a loving stay-at-home mom while her children were growing up, and later helped to care for her grandchildren. She was always there to help with their homework, and stress the importance of good penmanship, one of her many talents. Her children fondly recall being able to show their friends various animals, such as a donkey, goat, & pony, that Eunice would have brought over from her family farm.
Aside from her family being her primary focus in life, her hobbies included ceramics and antiques. She also loved to tend to her flowers. Eunice was a longtime member of St. Matthew’s Lutheran Church in Janesville.
Survivors include her loving husband of 71 years, Carl; three children, Carl “Charlie” (Sherry) Trieloff of Elizabethtown, KY, Wendy (the late Deano) Draper of Brodhead, and Tom Trieloff of Cape Coral, FL; three grandchildren, Luke (Alanna) Oehlenschlager, Jody (Heather) Trieloff, and Tommy (Justine Salerno) Trieloff; great-grandchildren, Macey, Nicholas, Alysha, Emma, and Logan; a sister-in-law, Doris Wutke of Whitewater; her former daughter-in-law, Deb (Dan) Finn; and many nieces and nephews.
She was preceded in death by her parents; two sisters, Arletta Gsell and Anita Roglitz; and three brothers, Alvin, Ardith, and Ivan Wutke.
Friends may visit with her family from 10 a.m. until the 11 a.m. funeral service Monday, June 24, 2013, at St. Matthews Lutheran Church, 709 Milton Avenue, Janesville, WI 53546. Interment will be in Evergreen Cemetery, Fort Atkinson.
For those wishing to send an expression of condolence, her family suggests memorials to St. Matthew’s Lutheran Church.
For information, call Justen Funeral Home at 815-385-2400, or visit www.justenfh.com, where friends may leave an online condolence message for her family. 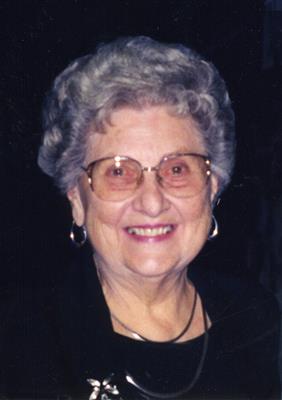 To leave a condolence, you can first sign into Facebook or fill out the below form with your name and email. [fbl_login_button redirect="https://justenfh.com/obituary/eunice-irene-trieloff/?modal=light-candle" hide_if_logged="" size="medium" type="login_with" show_face="true"]
×