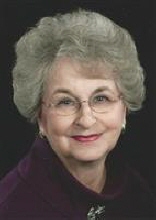 Fay Ann Taylor Miller, age 77, died in her home in McHenry on Saturday, November 9, 2013. She and her husband, Pastor Charles E. Miller, celebrated 56 years of marriage in May.
Born on April 29, 1936 in Greensburg, PA, she is the daughter of the late Harry W. and E. Louise (Dietz) Taylor. She was preceded in death by her son, Timothy David Miller.
In addition to her husband, she is survived by three daughters, Laurie (Phillip) Almeraz, Lisa (Gary) Johnson, and Leigh (David) Adler; six grandchildren, Steven and Courtney Adler, Taylor Almeraz, Bradley (Torie) Johnson, Robert (Jennifer) Johnson, and Joshua (Kelly) Johnson; five great-grandchildren, Zane and Zoe Johnson, and Luke, Logan and Abigail Johnson; two brothers, Thomas (Margaret) Taylor, and Harry (Marsha) Taylor. She is also survived by two sisters-in-law, Violet Pore and Dorothy Heltebran, as well as her brother-in-law, Alfred (Ada) Miller, and many nieces and nephews.
Fay graduated magna cum laude from Carthage College in Kenosha, WI, with a Bachelors degree in Business Administration. She was a purchaser for Pfizer Pharmaceuticals for many years and then a real estate agent for fifteen years, retiring in 2001. She was a member of Saint Stephen Lutheran Church in Antioch and an associate member of Shepherd of the Hills Lutheran Church in McHenry. A member of the Centegra Hospital Auxiliary, Fay volunteered at the Pink Door Shop in McHenry.
Family and friends will be received from 4 p.m. until 8 p.m. Thursday, November 14, 2013, at Justen Funeral Home & Crematory, 3700 W. Charles J. Miller Road, McHenry. A funeral service will be held at 1 p.m. Friday, November 15, at Shepherd of the Hills Lutheran Church, 404 N. Green Street, McHenry, IL 60050. Her family requests friends go directly to church on Friday for the service.
For those wishing to make memorial contributions, please consider Shepherd of the Hills Lutheran Church, 404 N. Green Street, McHenry, IL, St. Stephen Lutheran Church, 1155 Hillside Avenue, Antioch, IL 60002, or the American Cancer Society, c/o Janet Smith, 200 S. Green Street, McHenry, IL.
For information, please call the funeral home at 815-385-2400, or visit www.justenfh.com, where friends may leave an on-line condolence message for her family.

To leave a condolence, you can first sign into Facebook or fill out the below form with your name and email. [fbl_login_button redirect="https://justenfh.com/obituary/fay-ann-taylor-miller/?modal=light-candle" hide_if_logged="" size="medium" type="login_with" show_face="true"]
×