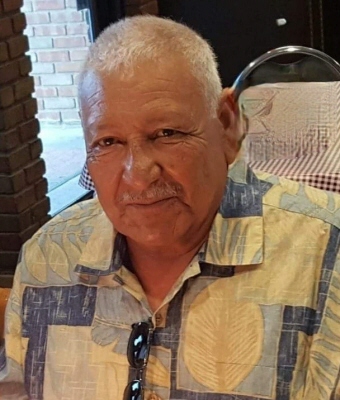 Florentino Fernandez, age 76, of Round Lake Beach, was born on August 10th, 1944 in Monterrey, Nuevo Leon, Mexico, to Glafiro Fernandez and Mercedes Lomas. In that same city, he met his life-long love, Belen Sanchez, and they were married on June 6th, 1966. In December of 1974, he moved his wife and the 5 children born in Mexico to Round Lake, Illinois, where they welcomed 2 additional children and where he continued to live until the day of his passing. Florentino enjoyed watching sports of all kinds and favored all Chicago Teams. He also loved to fish and enjoyed passing that love of fishing to his children and grandkids. However, Florentino loved nothing more than spending time in the company of his wife, children, grandchildren, and great grandchildren.

Florentino is preceded in death by his parents, Glafiro Fernandez and Mercedes Lomas, two sisters, Teresa Fernandez and Francisca Fernandez, and a grandson, Ivan Fernandez.

In lieu of flowers or arrangements, please consider donating to his wife’s Widow Fund, administered by his children.

A memorial visitation will be held on Monday, April 5, 2021 at the Justen’s Round Lake Funeral Home, 222 N. Rosedale Court, Round Lake, IL from 4-6 pm, followed by a memorial service at 6 pm.

Arrangements have been entrusted to the Justen’s Round Lake Funeral Home. For information, please call the funeral home at 847-546-3300 or visit www.justenfh.com, where friends and loved ones may share memories of Florentino on his tribute wall.

To leave a condolence, you can first sign into Facebook or fill out the below form with your name and email. [fbl_login_button redirect="https://justenfh.com/obituary/florentino-fernandez/?modal=light-candle" hide_if_logged="" size="medium" type="login_with" show_face="true"]
×