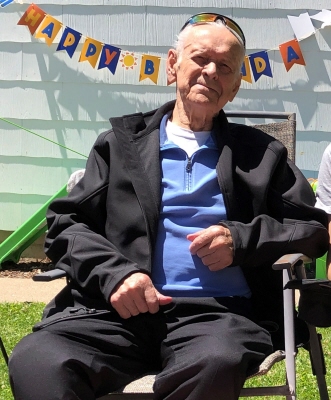 Frank Josef Pentz, Journeyman Meat Cutter, age 83, of Hanover Park, Illinois, passed away on November 12, 2020, at his home. He was born on April 17, 1937 to John Pentz and Elizabeth Mayer/Pentz in Betchkaret, Yugoslavia. On May 23, 1960, he was united in marriage to Helga R. Stach/Pentz in Chicago at St. Alphonsus Church.

The family asked that memorial donations be made to the American Heart Association.

Visitation will be on Sunday, November 15th at Countryside Funeral Home at 1640 S Green Meadows Blvd, Streamwood, IL from 2:00 – 5:00 PM. Funeral Mass will be held on Monday, November 16th at St. John the Evangelist Catholic Church in Streamwood, IL with burial to follow at St. Michael the Archangel in Palatine, IL.

In accordance with public gathering restrictions, attendees are expected to wear a mask and observe social distancing. The funeral home staff will monitor capacity limits and allow up to 25 people in at a time.

Arrangements have been entrusted to the Justen Funeral Home & Crematory in McHenry. For information, please call the funeral home at 815-385-2400 or visit www.justenfh.com, where friends and loved one’s may share memories of Frank on his tribute wall.

To leave a condolence, you can first sign into Facebook or fill out the below form with your name and email. [fbl_login_button redirect="https://justenfh.com/obituary/frank-pentz/?modal=light-candle" hide_if_logged="" size="medium" type="login_with" show_face="true"]
×