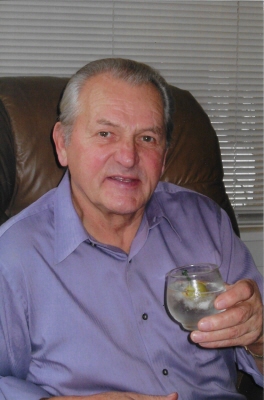 He was born November 25, 1934 in Ronsperg, Czech Republic to Franz and Rosa
(Ziegler) Reitmeier. He spent his formative years in Konigheim, Germany and
immigrated to the United States in 1956.

Shortly after his arrival, Franz enlisted in the Army. He completed Basic Combat
Training at Fort Carson, CO and from there went on to Fort Campbell, KY where he
trained and became a “Screaming Eagle” parachutist. He completed numerous jumps
with the 101st Airborne Division.

On July 30, 1960 he married Shirley Kaeser at Zion Lutheran Church in McHenry.

Franz was a man with an incredibly strong work ethic. For 60 years, he was a proud
member of the Architectural and Ornamental Iron Workers Union Local 63. Throughout
his years as an iron worker, he worked on many monumental buildings in the
Chicagoland area.

As an outdoorsman Franz very much enjoyed hunting and fishing. He was an
extremely generous person and would literally “give you the shirt off his back”.

Entertaining came easy to Franz. If by some small chance you went home hungry or
“thirsty” after a visit with him, it was your own fault. He was a man who held family and
friends near and dear to his heart.

Franz is survived by his two daughters; Lynn (Tim) Boyle and Roxanne Reitmeier,
grandsons; Brandon and Blake, sister Rosemarie (Walter) Kafka as well as many
nieces and nephews here and in Germany.

In addition to his parents, Franz was preceded in death by his wife, Shirley, on May 5,
1987, and a sister Cilli (Kurt) Hofmann.

Family, friends and neighbors are invited to attend a Memorial Service at 11:00 am on
Saturday, October 9, 2021 at Shepherd of the Hills Lutheran Church in McHenry with a
Celebration of Life to follow.

In lieu of flowers, the family requests that donations be made in memory of Franz
Reitmeier to the Alzheimer’s Association at alz.org.

Arrangements have been entrusted to the Justen Funeral Home & Crematory, 3700 W.
Charles J. Miller Road, McHenry, Illinois. For information, please call the Funeral Home
at 815-385-2400, or visit www.justenfh.com, where friends and loved ones may share
memories of Franz on his tribute wall