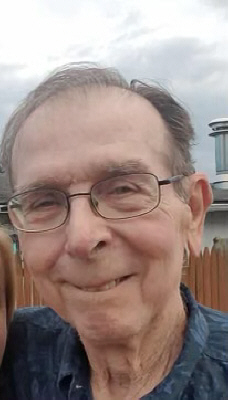 Fred “Freddy B” Brendel, passed away Saturday August 14, 2021, with his family at his side.

He loved spending time with his family and was particularly cheerful when everyone was all together for barbecues, birthdays and especially the holidays.

He became “Papa” in 1985 with the birth of his first grandchild and was later promoted to “Papa, The Man, The Myth, The Legend” with more grandchildren and great-grandchildren.

He liked being his own boss with businesses ranging from Restauranteur to Real Estate Agent, with his proudest accomplishment being creator of the world-famous Freddy B’s steak sandwich.

He had a self-deprecating sense of humor that allowed him to play many pranks as well as being a hair and makeup model for his grandchildren. He will be missed more than words. However, he can probably be found in heaven on the dance floor tearing it up to Taking Care of Business, or in the memories of many dancing to Old Time Rock ‘n Roll with his beloved wife Sherry.

To know him was to love him, but he is no longer in pain. Be free Freddy B, heaven has gained a one-of-a-kind man. You are loved by many.

He is Proceeded in death by his parents Frederick and Anna (Schiro) Brendel; sisters Patsy and Diane; son-in-law Dennis and his dog Splash.

In lieu of Flowers the Family kindly asks that a memorial donation be made in Frederick’s name to K9’s 4 U. Donations can be made to www.k9s4u.org You can also contact them at 847-626-8697.

Arrangements have been entrusted to Justen Funeral Home & Crematory. For more information, please call the Funeral Home at 815.385.2400, or visit www.justenfh.com where friends and loved ones may share memories of Fred on his tribute wall.

To leave a condolence, you can first sign into Facebook or fill out the below form with your name and email. [fbl_login_button redirect="https://justenfh.com/obituary/frederick-alexander-brendel/?modal=light-candle" hide_if_logged="" size="medium" type="login_with" show_face="true"]
×