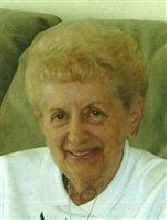 She married Fred Wrona on June 14, 1941 in Chicago. Genevieve moved to Spring Grove in 1956, then to Ringwood in 1980. She resided with her daughter in Ingleside from 1998 until 2010 when she became a resident of Winchester House. As a young woman during WW2, Genevieve worked at a candy factory, a hotel and as a telephone operator, but she devoted most of her life to being a mother and homemaker. After her children were grown she worked as a nurse tech at McHenry Hospital and later was a longtime volunteer for the Auxiliary at Northern Illinois Medical Center in McHenry.

Genevieve loved to sew, craft and was an avid crocheter who donated many afghans to McHenry County nursing homes. She loved to attend her grandchildren’s sporting events and enjoyed watching the Cubs.

She was preceded in death by her husband, and a brother Adam Grzyb.

Visitation and services were private for the family.

Inurnment will be in McHenry County Memorial Park Cemetery, Woodstock.

In lieu of memorials the family asks that you perform a random act of kindness in Genevieve’s memory.

Arrangements were entrusted to Justen’s Round Lake Funeral. For information, please call the funeral home at 815-385-2400, or visit www.justenfh.com. 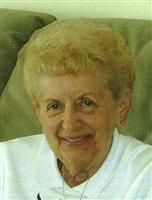 To leave a condolence, you can first sign into Facebook or fill out the below form with your name and email. [fbl_login_button redirect="https://justenfh.com/obituary/genevieve-a-wrona/?modal=light-candle" hide_if_logged="" size="medium" type="login_with" show_face="true"]
×