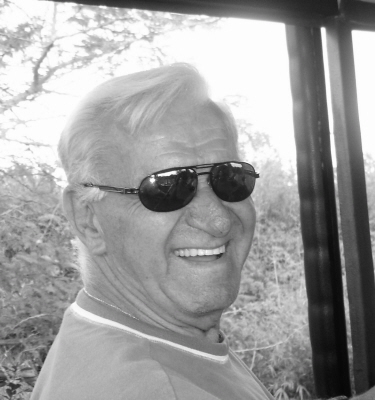 George Sigurd Hartmann Jr., born December 18, 1934 in Chicago to George Sr. & Elsie (Schwaller) Hartmann. He passed away peacefully September 25, 2021, at his home on Wonder Lake, surrounded by his family.

Joined in marriage to Jean Mary Dickman, August 24, 1957 at Christ the King Church, Wonder Lake. He adored Jean for 44 years on earth and continued to for 20 more years while she was in heaven.

George was the definition of a simple man. An electrician by trade, he owned and operated Tri-Marine in Wonder Lake. He worked hard, fixed things when they broke, earned respect, believed in building things with his hands, and loved his family unconditionally. George’s favorite times were spent on the waters of Wonder Lake, sailing, fishing, driving his pontoon boat, and windsurfing. His art took form in his woodworking shop where all of his grandchildren can remember helping stain or sand his creations. He led and lived a beautifully simple life focused on family.

George was passionate about supporting many charities including; JDRF, CF Foundation, and The Wonder Lake Water Ski Show Team. In lieu of flowers memorials can be made out to George Hartmann Memorial Fund.