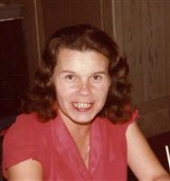 She was born September 8, 1933 in Breslau, Germany to Paul and Agnes (Trupke) Graedler.

Gerda came to the United States with her family thu the Port of New York in 1962, sponsored by her parents. She moved to Johnsburg, Illinois.

Gerda was employed at Precision Twist for many years and later worked in quality control for Baxter in Round Lake.

She was an avid bingo player and bird watcher. She and her husband Bill had a ‘habitap’ in their backyard filled and visited by many different birds, wild animals, geese, ducks and ‘flying hogs’. Some were injured, like a duck with a broken bill, which they kept fed all year long.  Her favorite TV shows were NCIS, Sex in the City and Keeping up with the Kardashians, which she could tell you all about in great detail in her later years. There was nothing ordinary about Gerda, she was the funny aunt, outrageous and full of life even in her later slower years.

She was preceded in death by her first husband, Wolfgang Helmut Willi Behrens; her second husband, Billy Ray Dominick on May 24, 2009; a son, Wolfgang Behrens on October 11, 1998; her parents; and a brother, Rudy in infancy.

Visitation and services were private for family.

For those wishing to send an expression of condolence, the family suggests memorials to Hospice of Northeastern Illinois, 405 Lake Zurich Road, Barrington, IL 60010.

Arrangements entrusted to Justen Funeral Home & Crematory. For information, call the funeral home at 815-385-2400. Send on-line condolences to the family at www.justenfh.com. 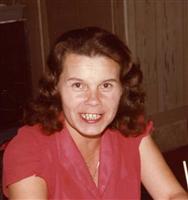 To leave a condolence, you can first sign into Facebook or fill out the below form with your name and email. [fbl_login_button redirect="https://justenfh.com/obituary/gerda-e-dominick/?modal=light-candle" hide_if_logged="" size="medium" type="login_with" show_face="true"]
×