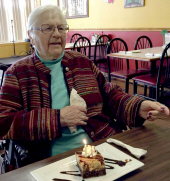 She was born May 22, 1921 in Germany to William and Anna (Bartels) Fischer. She met Jacob “Jack” Gregory and the two were united in marriage in 1940.

Gertrude lived in Chicago for many years. In 1966, Gertrude and Jack began summering in McHenry and in 1971, they made the city their permanent residence. She held a career with Luft’s Catering and was also employed by 20th Century Manufacturing in the shipping and receiving department.

When Gertrude retired she became involved with the Captain James A. Lovell Federal Health Care Center as a volunteer. She was a member of the V.F.W. Auxiliary 4600, where she eventually attained the post of president. As an assistant librarian, Gertrude worked with McHenry District 15 at Riverwood Elementary School. Gertrude also enjoyed going to the McHenry Township Senior Center, where she was known for her Halloween costumes.

Survivors include her children, Bonnie (Arthur) LeFebvre, Michael Gregory, and William (the late Mary) Gregory; her three grandchildren, A. Gregory LeFebvre, Roger (Tina) LeFebvre, and Cody Gregory; two great-grandchildren, Hannah and Jack; and her sister, Rosemarie (the late Paul) McKie. The family would also like to thank her wonderful, caring Woodlawn Park neighbors for everything.

Gertrude was preceded in death by her parents; her loving husband in 1981; her sister, Kate; and her brother, Otto.
Her family will hold a celebration of Gertrude’s life in October.

For those wishing to send an expression of condolence, memorials to the McHenry Township Senior Center at 3519 N Richmond Rd, Johnsburg, IL 60051 would be greatly appreciated. 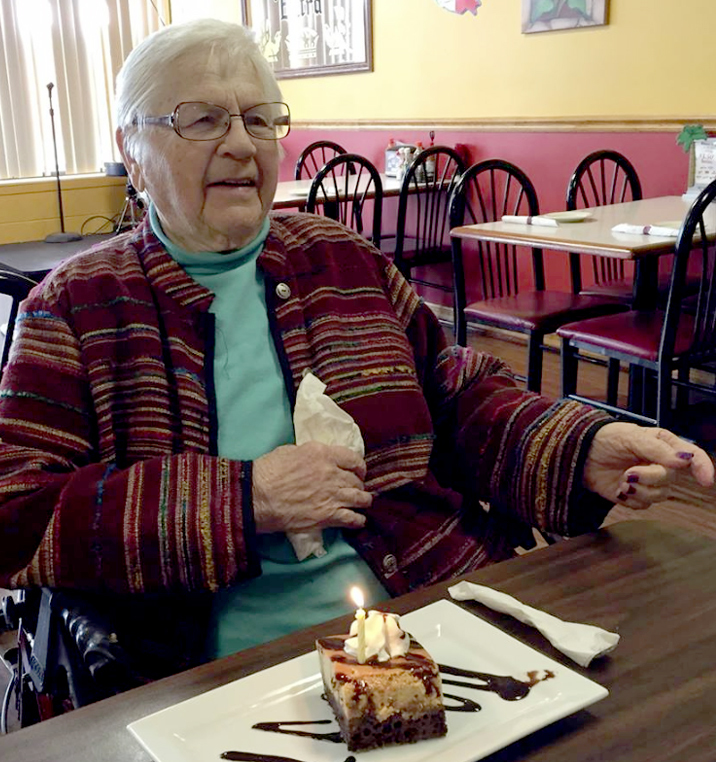