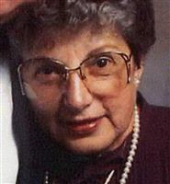 Irene T. Heider, age 90, of McHenry, died Monday, April 28, 2014, at Fox Point in McHenry. She was born August 5, 1923 in Chicago to Felix and Anna (Kawalski) Kapuscinski.
A resident of Fox Point for the past 18 months, Irene formerly lived in Libertyville for over 23 years. During that time, she enjoyed frequent visits to her home in Sanibel Island.
Devoted to her loving family, Irene was a homemaker for the majority of her lifetime. She was an excellent baker, and also enjoyed reading and playing cards. She adored the companionship of her dog Buddy.
Irene was a member of the Order of Eastern Star, Kelvyn Park Chapter.
Survivors include three children, Roger (Sylvia) Heider, Judith Horvat, and Kathleen (George) Treutelaar; nine grandchildren, Robert (Jennifer) Heider, Mark (Danielle) Heider, Rebecca (Ryan) Hackel, Brian (Jamie Swinson) Heider, Erin (Kevin) Thunholm, Justin (Katrina) Treutelaar, Jeffrey Horvat, Matthew (Alyssa) Treutelaar, and Courtney (Patrick) Turner; 11 great-grandchildren; and a sister, Ruth (Edward) Kukla.
She was preceded in death by her parents; her husband, Robert L. Heider in 1990; two sisters and a brother.
Visitation will be from 9 a.m. to 10 a.m. Saturday, May 3, 2014, at The Church of the Holy Spirit Episcopal Church of Lake Forest, 400 East Westminster Road, Lake Forest.
The service of Holy Eucharist will be at 10 a.m. at the church.
Interment will be in Acacia Park Cemetery, Chicago.
For those wishing to send an expression of condolence, her family suggests memorials to the Lurie Children’s Hospital of Chicago.
Arrangements were entrusted to Justen Funeral Home & Crematory, 3700 W. Charles J. Miller Road, McHenry, IL 60050. For information, call the funeral home at 815-385-2400, or visit www.justenfh.com, where friends may leave an online condolence message for her family. 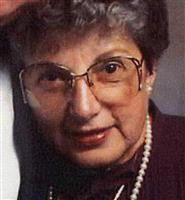 To leave a condolence, you can first sign into Facebook or fill out the below form with your name and email. [fbl_login_button redirect="https://justenfh.com/obituary/irene-t-heider/?modal=light-candle" hide_if_logged="" size="medium" type="login_with" show_face="true"]
×