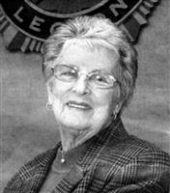 Isabella “Ruth” Stark, age 81, of Fox Lake, passed away Tuesday, December 2, 2014.
She was born on October 9, 1933 in Bishop Falls, Newfoundland, Canada to Walter and Carmen (Buckley) Thorne. On October 9, 1952, she married Richard “Dick” Stark in Gander, Newfoundland Canada.
She relocated to South Carolina with her husband to finish up his Air Force career and then they moved to his hometown of Fox Lake, IL. She became a U.S Citizen on December 3, 1957.
She and her husband took over the ownership and operation of Stark’s Taxi Service from his father in 1954 until 1984 and both were honored by the Village of Fox Lake for over 30 years of service in the Fox Lake Community that same year.
Ruth enjoyed being involved in her local community. She was a member of the Fox Lake Moose Lodge; member of the Fox Lake PTA and serviced as President; elected on the Fox Lake Grade School Board 1971 -1974; elected on the Fox Lake Library Board 1975 – 1979; served as an Election Judge from 1987 – 2004; member of the Fox Lake Garden Club; member of the American Legion Post #703 Ladies’ Auxiliary and served as President 1991-1992 and continued in many other roles up to her passing ; Past Presidents’ Club P.P.C.; member of the Fox Lake-Grant Township Area Historical Society and volunteered for numerous organizations and events.
Ruth was awarded a certificate for Outstanding Volunteer Service from the Fox Lake Community Center on November 20, 1990. She was awarded the Distinguished Citizen Award on May 12, 2007 by the Fox Lake Police Association and on November 24, 2007, Ruth was the Grand Marshall for the Korpans Landing & Village of Fox Lake Christmas Holiday Parade. The Lake County Journals recognized Ruth as a 2008 Forefronts Award recipient for outstanding contributions to the Lake County community. The American Legion Unit #703 in Fox Lake presented her the Certificate of Appreciation on April 14, 2008 for her outstanding service and assistance to the advancement of their programs and activities.
Ruth is preceded in death by her beloved husband of 59 years, Richard “Dick” Stark, her brothers Leonard Thorne, Bonnell Thorne, Arthur Thorne and Winston Thorne.
Ruth was survived by her son, Richard (Barbara) Stark of Spring Grove, IL; daughter, Susan Stark of Fleming Island, FL; grandchildren, Kyle Stark of Spring Grove, IL, Ashley Stark of Spring Grove, IL and great-grandchild, Mia Stark of Spring Grove, IL. She was also survived by her brothers and sisters, Andy Thorne, Laura Thorne, Bram Thorne, Wallace Thorne, Lou Thorne and Ivy (Thorne) Huxter along with the many sister-in-laws, brother-in law and numerous nieces and nephews, which she was proud to be their “Aunt Ruth”….and the neighbors on Riverside Island and close family friends as they were truly extended family.
A memorial Celebration of Life will be at 5:30 p.m. with the service portion starting at 7 p.m. on Tuesday, January 13, 2015 at the American Legion Post 703, 703 N. US Hwy 12, Fox Lake, IL 60020.
In Lieu of flowers, donations in Ruth’s memory may be made to Salvation Army Corps, Main St., Bishop Falls, Newfoundland, Canada A0H1CO, Cemetery Fund in Memory of Ruth Stark; or to any local organization that assists Breast Cancer Survivors and their families or helps your local community in other supportive ways. If funds are low, volunteer your time for a local charity in Ruth’s honor.
Arrangements were entrusted to Justen Funeral Home & Crematory, 3700 W. Charles J. Miller Road, McHenry, IL 60050. For further information, please call the funeral home or visit www.justenfh.com, where friends may leave an on-line condolence message for Ruth’s family. 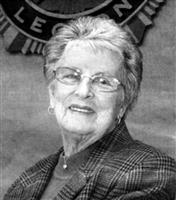 To leave a condolence, you can first sign into Facebook or fill out the below form with your name and email. [fbl_login_button redirect="https://justenfh.com/obituary/isabella-39ruth39-stark/?modal=light-candle" hide_if_logged="" size="medium" type="login_with" show_face="true"]
×