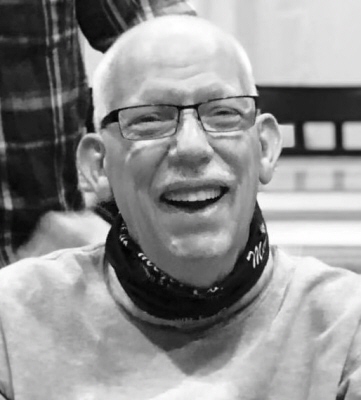 Jack I. Blanton Sr., 73, of Round Lake Beach, most recently of McHenry, peacefully departed to be united with His Savior on January 29, 2021.

He was born October 3, 1947 and was one of nine children to George Washington Blanton and Clara Blanton.  As a young child, Jack lived a very humble life in Harlan County Kentucky as the son of a coal miner and a strong Christian mother.  When Jack was still a young boy his father moved his family to Ohio and then Chicago in hopes to provide a better life for them.  Jack remained in Chicago and at the age of 17 he met the love of his life, Andrea, and they married on May 8, 1965.  He then began his own legacy of a large family.  While raising his children in Chicago, he worked in the sewer business and at Temple Steel.  In 1977 he relocated his family to a new home in the suburbs in Round Lake Beach.  He continued to work in the sewer business and delivered pizzas to earn extra income.  Over time his sons began working alongside him in the sewer business, while his daughters began their own careers.  He instilled in his children at a very young age the desire to work hard and earn a living by providing their needs but teaching them that if they wanted more, or better, they would have to earn it themselves. He also highly encouraged them to save money.  These became invaluable gifts that helped his children build foundations for their own families.

In the late 1980’s his sons decided to open their own plumbing and sewer business, Blanton & Sons.  Jack eventually became a part of the business providing his sons with his experience and wisdom.  The family business grew, and after having established a profitable business the family sold it giving their father the opportunity to officially retire.  He continued to be a source of invaluable advice and wisdom to his children.

During his retirement, Jack along with his wife, enjoyed the fruits of their labor and the joy of being grandparents.   His home was always open to his family and he loved to see his children and grandchildren.  He filled his role as “Papa” with boundless energy for teasing his grandkids, and he loved to play harmless jokes and show them magic tricks.  For many years he traveled to sporting events, graduations and other special events with great pride for all of them.

During the last few years of Jack’s life, the health of his bride of over 50 years began to decline.  Eventually his youngest daughter Doria moved in to become a caretaker.  In the spring of 2020, Jack, his wife and his youngest daughter were all taken ill.   Jack survived to sadly learn that his wife and youngest daughter had departed.  Shortly thereafter it was discovered that he was in the later stages of lung cancer.  In an attempt to preserve his life he chose treatment.  When treatment was not working, he began fulfilling his wishes to make memories with his loved ones.  He lived the remainder of his days in the presence and care of his children and grandchildren, eventually on his eldest son’s farm where he enjoyed morning sunrises from the comforts of his own living space.  The last months of his life provided his family with riches of stories of his life and more personal relationships.  He spent his last weeks on a road trip to Florida with two of his children and their spouses.  It was upon the return of this trip that his health rapidly declined.  By the grace of God, the family’s prayers were answered and he did not suffer long.  Within days he peacefully slipped into Eternity and was reunited with his loved ones.

Jack’s family would like to thank United Hospice and Vista Hospice (FL) for their service and compassion. A Celebration of Life service to honor Jack, his wife Andrea and daughter Doria will be held in the near future. Information of the time of event will be shared on social media.

“Wisdom is more precious than rubies; nothing you desire can compare with her.”
Proverbs 3:15 NLT

“For it is by grace you have been saved, through faith—and this is not from yourselves, it is the gift of God—not by works, so that no one can boast.” Ephesians 2:8-9

He was preceded in death by his father and mother, siblings; Christine Rogers, Imogene Boggs and Ernie Blanton, his wife Andrea Blanton, his youngest daughter Doria Davis and great-grandson Owen Krause.

Arrangements have been entrusted to the Justen Funeral Home & Crematory in McHenry.  For information, please call the funeral home at 815-385-2400 or visit www.justenfh.com, where friends and loved ones may share memories of jack on his tribute wall.

To leave a condolence, you can first sign into Facebook or fill out the below form with your name and email. [fbl_login_button redirect="https://justenfh.com/obituary/jack-ivor-blanton/?modal=light-candle" hide_if_logged="" size="medium" type="login_with" show_face="true"]
×